We wake up every morning, not knowing how the day will turn out to be, if it is going to be ordinary, or if there are going to be surprises awaiting us; and if there are, are they going to be good or bad? No one really knows!

We all start the day hoping for the best and expecting the worst. After all, that is what books and quotes written by insightful people have instilled in us over the years; and we, sure, seem to act accordingly, as if we believed their words were utterly true. Yet, when the worst does take place, how do we deal with it? We act surprised, mad at the situation, saying we never expected such a thing to happen, how it is unfair to have something bad happen to us; since we have not hurt anyone, we do not deserve this at all. Even this latter idea is the result of a well known saying which has been around for hundreds, if not thousands, of years and which is the basic idea of karma.

The saying is as simple as this: “What goes around comes around.” That is to say, whatever you do shall be done to you, be it good or bad, it doesn’t matter. I guess the whole idea behind such a saying is to have people be careful with how they deal with one another. Hence, when everyone, everywhere, believes in that saying, they assume – or choose to believe – that in life, everyone receives what he or she deserves.

But really, did anyone ever see this rule written somewhere in the “Guidebook for a Problem-Free Life” – which I doubt exists anywhere but in the minds of some people? Because I surely have never come across such a rule! Or, is it just our great expectations of what life is all about and our wide imagination that trick us into believing that as long as we “do wrong to none,” as Shakespeare once said, no wrong is going to be done to us?!

What we actually need to do in an attempt to distance our minds from the whole karma thing is to take a close look at the people suffering around us. Some lost their parents or children at an early age. Some never had any! Others have suffered from non-curable diseases or had terrible accidents that they could never recover from. While the least fortunate of us have been going through such downfalls for as long as they can remember. Did they deserve it? Did they kill someone’s parents or caused someone else to have a chronic disease that such unfortunate events happened in their lives? Nobody really understands why such things happen in our lives, and I am starting to think that this kind of question should not be asked in the first place! It is a question with no answer, a question that hurts us more than we are already hurt.

Life is full of ups and downs, happy moments as well as sad ones and that’s that! However, if we must ask questions, why don’t we ask if we deserve the billion good things that happen to us each and every day? Why do we get angry at “Luck” or “Faith,” or whatever we like to call it, when we do not obtain what we want? Why not wonder why we are so fortunate to have our loved ones around us, to be healthy, to own good things that we did not even ask for?! If we truly believe that it is “unfair” to be less fortunate than some people, then, I suppose, it is reasonable to believe that it is also “unfair” to be more fortunate than others. 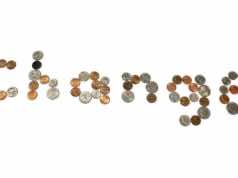 Where Are You Headed With Your Life?