The bus system is the primary means of transport for the city of Fez. A public transportation system is expected to follow a set schedule, and facilitate the commute to work or school in a city where many can not afford a car. In Fez, instead of easing the daily commute, city transport makes it much more complicated.

I’ve been taking the bus for almost eight years, and I can say that my many bus rides have not been enjoyable experiences and I expect most of my fellow citizens would agree. Our city bus system is terrible. Many times I have waited for the bus for more than an hour. Even worse, after waiting so long, sometimes the bus is too full to board and I must find an alternate method to get to my destination (late).

I’ve waited all day when no notice is given of cancelled service. Waiting can be an incredibly painful experience. If I could count all the hours I’ve wasted waiting I would be horrified. But what choice do we have? The bus drivers don’t seem to feel responsible, or understand that people are relying on them to arrive on time for classes, exams, interviews, and jobs (or risk losing them).

Let me describe the experience of riding the bus in Fez. If you see the bus, you should run—as fast as you can—or you’ll be waiting hours for the next. The bus is often completely full, and the door can hardly close—sometimes it’s even left open, with people barely onboard.

Only the tall can use the hanging supports, and without those the ride is a precarious balancing act with people falling against each other. Some buses are in terrible shape: the road is visible through holes in the floor, malfunctioning doors close on people’s arms or feet, some have very small windows that don’t open, and many windows are cracked.

And the bus drivers…! Some of them are very nice, which I know with certainty from my many long years (it feels like an age) riding the bus. They can be very cooperative and will wait if they see you arriving at a distance. But others are less likable, especially the ones that like to race, a terrifying experience where you fear for your life—because the bus driver is racing, not driving.

Fez residents, when especially frustrated by the bus system, will complain and shout, and threaten to report the bad service to authorities. But once the bus arrives, they docilely board, maybe muttering a few words but that’s it, like they’ve forgotten all the time they’ve wasted waiting. When I first started taking the bus, I wanted to protest and change the system but I’ve since discovered that one person can only do so much, and now I find myself calmly boarding like the others.

I won’t lie. I’ve learned a lot from the frustration of taking the bus in Fez, though it’s been nerve-wracking. I’ve learned patience for sure. And I’ve discovered that while waiting, I can still accomplish a lot: I can revise a lesson, read a book, make friends with the other passengers, or simply discipline myself to meditate in the intense stress of delay. As I said before, I’ve been taking the bus for eight years now, and the countless hours I’ve spent on board a bus—not to mention the hours I’ve spent waiting at the bus station—should qualify me for bus residency status. 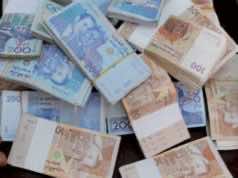