A Swedish man accused of a deadly shooting spree against immigrants denied three murder and 12 attempted murder charges as his trial opened under tight security on Monday.

Peter Mangs, 40, denied 19 of 20 charges but pleaded guilty to vandalism for firing a shot through a shop window, Swedish public radio reported.

Mangs was arrested in November 2010 following a massive police manhunt amid the string of attacks on immigrants in Sweden’s third largest city of Malmoe, in the south.

Malmoe prosecutors have charged him with killing two men of foreign origin, aged 66 and 23, in 2003, and a 20-year-old Swedish woman who was sitting in a car with an immigrant man with a criminal record in 2009.

He also faces 12 attempted murder charges for firing shots with a Glock 19 pistol on homes, businesses and cars and out in the open, seriously injuring a number of people and coming close to killing many others.

“His actions have put lives in danger,” prosecutor Solveig Wollstad said as she described each case, including shots fired at a Malmoe mosque.

Mangs, who is reportedly unemployed with a history of psychiatric troubles, is also suspected of plotting another murder, repeatedly carrying his gun to the home of a man he allegedly intended to kill.

Other charges against him included making illegal threats, vandalism and aggravated judicial tampering, all in 2009 and 2010.

Wollstad insisted last week that the prosecution had a very strong case, referring to a large number of witness accounts, as well as technical and digital evidence listed in the 60-page charge sheet.

The exact motive remained unclear, Wollstad said last week, adding: “There is a certain level of xenophobia but also other things, like aggression towards people who have previously been found guilty of crime.”

Mangs’ trial, which is set to last until mid-July, opened as the trial of mass killer Anders Behring Breivik continued in neighboring Norway.

Breivik, who has said his massacre of 77 people was “cruel but necessary” to fight multiculturalism and a “Muslim invasion” of Europe, praised Mangs during the first week of his own trial, and many commentators have drawn parallels between the two cases.

The Malmoe shooting spree also bore a chilling similarity to the case of a gunman who targeted immigrants in Stockholm in the early 1990s, dubbed “Laserman”.

The Stockholm “Laserman”, John Ausonius, shot 11 people of immigrant origin, killing one, between August 1991 and January 1992.

Ausonius, who got his nickname by initially using a rifle equipped with a laser, was jailed for life in 1994. 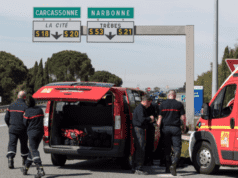 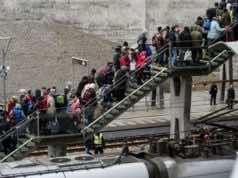