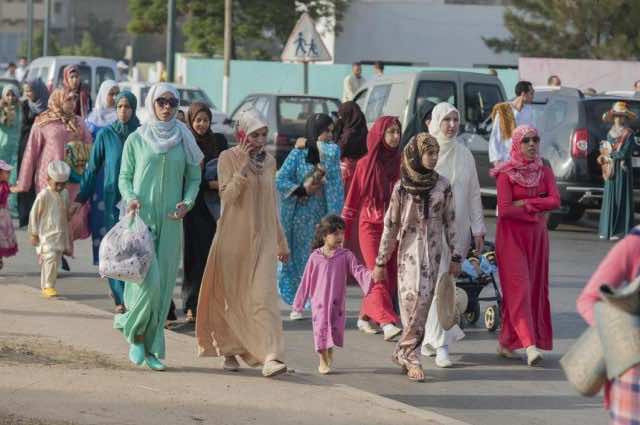 Azrou – Psychology has proved that all its branches agreed upon the fact that a person’s environment affects the upbringing and personality of that person.

The environment molds and shapes one’s personality. A person is affected by his parents doctrines, bias, stereotypes held toward different things and people. The same thing is proved to be true by the theory of Mustapha Hijazi.

The theory is called “The psychology of depressed people.” It states that a depressed person yields to the things ascribed to him. If the person, for example, is labeled stupid and less successful by his family, with time he will take it for granted and assume that the claim is true.

The fact is also true with Moroccan women. They are regarded as inferior; henceforth, they surrender and made themselves weak and margin. Accordingly, the environment affects much on a person’s personality than the biological and inherited features.

Women in some Moroccan areas are very marginalized. Men use some degrading slogans and words while speaking about or addressing women. To mention but only a few, the saying which is deeply disgracing and degrading women is “Lamra hashak.” This phrase is used in the south east of Morocco. However, it is too distinct nowadays thanks to many factors.

Moroccan women are known by many characteristics that make them so special. One of these typical images on women in general and on Moroccans in particular is Satanism. Demonism, foxiness and lack of faith are ascribed characteristics to women since ancient times.

The most known religions admit that woman is the origin of the sin. They are the cause for man to be dispelled from God’s mercy. Christians believe that the French word “femme” from the Latin language refers to “Fe Minus.” The word means “carence de foi,” a French phrase that means lack of faith.

Accordingly, Jews claim the same thing as Christians. So do pious Islamists who assume that men outweigh women in terms of hygiene, mental and corporal ability. They base their judgments on menstruation and some preachers’ teachings.

Furthermore, the recipes used by women to beautify themselves or to heal casual sicknesses are not wanted by men. They send out a stink of smells. But this does not mean that women have poor standards of hygiene.

The standing point of outside observers is completely different from the one of the target or observed people. To the people of Gulf and some other countries, Moroccan women are prostitutes. The European and American people believe that Muslims are terrorists and their wives are fortunetellers and sorceresses.

I should admit that there is prostitution and sorcery in Morocco and like other areas of the world. But, the degree varies from one country to another. The outsiders tend to over-generalize to the extent that quick judgments on women on the street overflow.

Because of this over-generalization, girls in the street face sexual harassment from Moroccans and tourists who fail to distinguish between innocent women and prostitutes.

The first thing a visitor may notice on Moroccan women is art. They are artists in their society, more so than men. The Arabic and especially the amazigh women shape the Moroccan identity per se.

A big discrepancy is clearly seen, however, in some stereotypes on Moroccan women. An example would be, if a woman is characterized by foxiness, then she is cleaver. Her mental capabilities are great since she can deceive smart people. Another discrepancy is that women are deemed to be untidy and not clean.

But, they pass all day long doing homework, cleaning, ironing, washing clothes and catering for their offspring. Women are the driving force for a nation’s development. If a mother, sister, cousin and daughter are very weak in all domains, no nation will ever develop, because women are half of the society.