Last week Houria Boutaib, an SNRT news anchor in Spanish, broke the record and undauntedly unveiled the bitter reality of the working conditions under which journalists and broadcasters are living. Through a video, out of a sense of militancy, Boutaib drew Moroccans’ attentions to the unpromising conditions that blemish the dignity of Moroccan journalists and underestimate their competencies.

Lack of the basic means to create good conditions conducive to work at SNRT, Boutaib stresses, has despaired nearly all the journalists and broadcasters alike who work there for many years without a flickering of hope for change. On behalf of her equally demoralized fellow journalists, Boutaib pointed out that their file of demands deals mainly with revitalizing the reputation of journalists and having more consideration for them by offering the necessary means they need to work more comfortably.

In response to the Moroccan public who looks down on the shoddy productivity of the channel, Boutaib made it clear in her recorded speech that she and the working staff are not to blame at a time when the channel administration does not even own enough computers, television sets, video record players and other logistic gadgets. How can one, Boutaib wonders, expect high-quality programs with this scarcity of means?

So as to raise the awareness of the Moroccan regular watchers of SNRT, Boutaib admits that it is a real pity Moroccans are not aware enough of the logistic media that really need to be reconsidered at SNRT, such as the editorial gadgetry, the videotaping means still employed at the channel station, the shoddy criteria of montage, the Channel’s studio make-up and dressing hall, the scarce number of computers from which they journalists procure some news, etc.

No doubt Boutaib took an unprecedented initiative which was warmly welcomed and applauded by a large number of Moroccans, especially her sympathizers. “I am ready to turn into a scapegoat, “, she said in statement, for she was aware at the time that she would be jeopardizing her career. What is of greater significance, Boutaib explains, is that journalism and broadcasting careers must be revitalized in new, better forms.

Immediately, the SNRT administration issued a report denouncing what one of their journalists did for fear that the recently-unveiled realities would damage the reputation of the channel. For all the sympathizers of Houria Boutaib, it is outraging to see the editors-in-chief sign a document in disapproval of her actions.

Ordered to give excuses to the administration, Boutaib went on to turn a deaf ear to any attempts to renounce her recorded statements about the miserable conditions of the channel. Happily, several unions and fellow journalists recently took to the street, sympathizing with Boutaib, the thing that at last prevented her unfair dismissal. 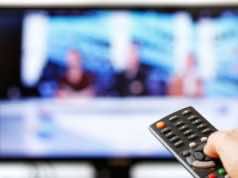