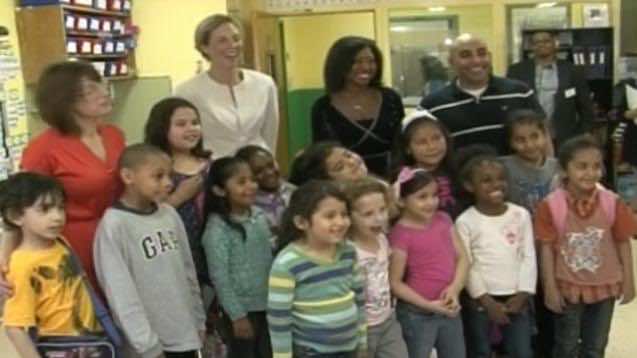 New York – A public elementary school with limited resources in New York’s famous neighborhood Harlem is starting an initiative to teach Arabic to students during their lunch break if their parents are willing to make use of such an opportunity.

Talal al-Hajj visited the school to see on the ground this initiative funded by the Qatar Foundation for Education, Science and Community Development.

Hamilton Heights Elementary School is located in Harlem, one of New York’s poorest neighborhoods. It is the only school in the city that offers its students the chance to learn the Arabic language as of next fall as part of its cultural activities that take place during the lunch break.

“I am also playing and having fun with them, because i teach them during their break times. So they learn and have fun at the same time,” Mohamed Mamdouh, Arabic teacher.

This initiative, launched and funded by an Arab association, gives students from low-income families a better opportunity to join high schools and universities. Almost 70 percent of those families live on welfare.

“You know our students are changing and we are getting more families into this community. I think it’s important that our students, my son can be able to interact with them, not only they become part of our community, but us becoming a part of theirs,” said Blamon Castro, mother of one of the students who enrolled in the Arabic class.

Students come from a variety of ethnic backgrounds and it is important that they, my son included, learn the languages of other ethnicities as we all become part of one society.

Only 14 percent of U.S. students are bilingual, compared to 80 percent in Europe. That is why the local government welcomed this initiative which was presented by the commissioner of the mayor’s office of immigrant affairs, herself originally Arab.

“What we aim to do every day in our city is to make sure we prepare our kids not only college and career but for the global communities that we are part of. As we know in the world beyond in many parts of our city so many kids are multi-lingual,” Fatima Shama.

The same school will also offer Chinese classes starting the fall. Both Arabic and Chinese were listed by the U.S. State Department as crucial for the competitiveness of American products in international markets.

Learning Arabic and Chinese will also help those students in their future careers. Introducing these classes is expected to encourage other schools to follow suit. 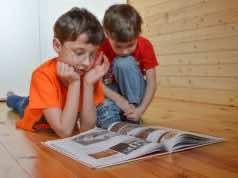 Online Learning Is a Challenge for Both Teachers and Students 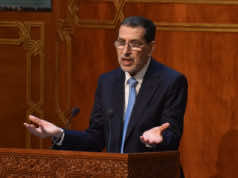 El Othmani Asks Moroccan Ministries to Use Arabic, Tamazight Only