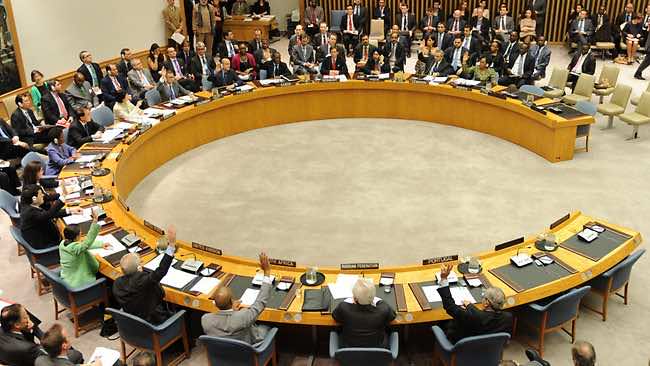 By
Benjamin Villanti
-
Benjamin Villanti has been part of the United Nations community in New York since 2005, working in both public information and political analysis.
May 28, 2012
Spread the love

New York – The fifteen ambassadors of the United Nations Security Council experienced last week Moroccan hospitality and cuisine when they visited West Africa during a mission to observe UN peacekeeping and peace-building operations in Liberia, Cote d’Ivoire and Sierra Leone.

The hospitality of Moroccan peacekeepers stationed in Cote d’Ivoire was revealed in the blog of the United Kingdom’s Ambassador Mark Lyall Grant, who along with his counterpart of Germany, Peter Wittig, provided lively accounts of the Security Council five day visit to the three post-war recovering nations.

The United Nations ambassadors were in western Cote d’Ivoire, a part of the country that saw heavy fighting during the conflict last year between supporters of the former President Laurent Gbagbo and the current President Alassane Ouattara, who the UN had determined won a November 2010 presidential election.

According to the UK’s Lyall Grant, the members had just returned to Guiglo, Cote d’Ivoire from visiting a refugee camp across the border in Liberia. They were due to continue on with further appointments, which made some of his colleagues worry that there would not be time for lunch. But Moroccan peacekeepers, who are part of the Moroccan contingent stationed in Cote d’Ivoire, sprang into action. “All credit then, to the Moroccan battalion in Guiglo who rustled up a couscous dish at short notice, which sustained us for the rest of the day,” wrote Lyall Grant.

The meal prepared by the Moroccans appears to have been enjoyed by the Security Council diplomats. Ambassador Lyall Grant continued in his blog entry, “This probably means that the UK and South Africa (who jointly lead tomorrow’s program in Sierra Leone) will be expected to provide this standard of cuisine.”

According to the figures of the UN Department of Peacekeeping Operations, Morocco provides 1584 peacekeepers to UN peacekeeping operations, who serve in UN missions in Cote d’Ivoire and the Democratic Republic of the Congo.