Morocco World News
Home Education What about Sex Education in the Arab World?

Beni Mellal – Several months ago, I had the chance to watch a TV program about the introduction of sex education in the Arab world. Apart from some hints given to how we can protect ourselves against HIV, how not to fear early signs of puberty, and how to talk about human genitals, our natural science teachers hardly could delve into speaking about sex, deemed a taboo in our cultural context.

When girls at school were offered the approximate dioramas showing men’s genitals they would usually erupt into laughter. The same thing goes for boys, who would examine woman’s genitals and see how they operates discreetly in small groups. But few students could follow the teacher’s superficial explanations on matters of sex.

He never dared talk in details about human sexual anatomy, sexual reproduction, sexual intercourse and other sensitive issues relative to human sexual behavior. That was a red line he could not go beyond.

Things were worse when female teachers taught this subject. They were unable to fully address the issue. All that we could study was pregnancies, birthing and breeding but among animals.

In some countries like Thailand and India, sex education has been introduced and consists of issues touching on the reproductive system and personal hygiene, other issues we need to explore in our schools not individually or privately.

Many times, the curriculum of sex education has been revised to cope with problems of adolescents at schools. Parents of conservative families are reluctant to let their siblings attend courses about sex education. Their excuse is that such education is more likely to lead their children astray, take up bad habits and, accordingly, indulge in future sexual pleasures. But why such panic?

Human beings are sexual par excellence. They are afraid to talk about sex, but they love it fondly. They cannot do without it in their social and private lives. If there is an objection to this, it would be but a sheer exception.

Adults are not separate from this. They blush out of shame if one ever speaks of sex openly. The latter is perceived as being immoral, disrespectful, and even deviant. The result is that parents themselves turn sexually oppressed and incapable of imparting this education to their children.

There are many anecdotes in Arab folk culture showing strong sarcasm of sexual ineptness and deficiency. Maybe this is one reason why they are portrayed as lascivious, lustful, and sexually-oriented in the movies they eagerly consume and watch daily, with actors performing sexual scenes with different forms and positions and actresses giving up to their partners’ sexual desires. We have watched ‘Tajriba Denmarkiya’, ‘Annamir wal Ounta’, ‘Hob Fi Zinzana,’ and other movies that portray how Arabs are mad about sex.

In TV sets, thousands of movies are corrupting the youth. Some women are seen as much better for being more seductive, more tempting, and more sexual than others. Always certain criteria ought to be fulfilled for a woman to act out a sexual scene in a movie. She must be beautiful enough, appealing to all, having a good shape, elegant, with special alluring eyes, upholding sweet talks, knowing how to seduce different men.

Scarcely we would see an ugly woman the subject of allurement. But beauty and sex never go together. Personally, I’d side with those girls dressed indecently, declaring their outward properties publicly, then with those girls who are disguised under headscarves preaching ethics such as respect and esteem, but they are inwardly corrupt. They are hung in an in-between space, with many faces, presenting good virtues, moral and religious beliefs.

Streets abound with them. Their dressing styles suggest conservatism and also liberalism. They are torn apart between two schizophrenic personalities not faithfully clinging to one. But we will never scold boys if they hanker after them or flirt with them. 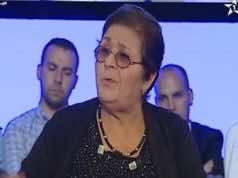