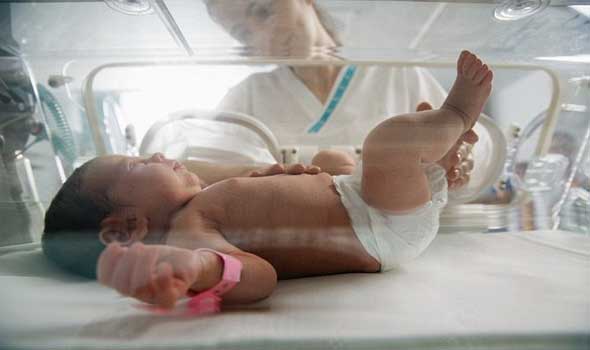 Fez- Earlier this month, I wrote an article about the nightmarish experience some pregnant women in Morocco go through when they are forced to give birth in the public streets due to the hospitals’ rejection to provide them any help. Those incidents seem to be a common occurrence this year that it might turn into a phenomenon.

On the morning of Saturday, May 26, a woman was forced to give birth in a taxi in Settat after she found no one at the city’s regional hospital center. The young woman, who was suffering from labor pains, was accompanied by her husband and the taxi driver who waited for the couple and helped them look all over the hospital for a nurse or a doctor for more than half an hour to take the necessary procedures, but in vain.

Due to the absence of all the medical staff at the hospital, the taxi driver and the husband were forced to move the woman, who was still in labor, to the back seat where she gave birth to a baby girl who died minutes later because of the unhealthy situation and absence of any medical care.

Another similar incident that sparked resentment among Moroccans happened a day earlier on the evening of Friday, May 25, when a pregnant woman who sells Kleenex tissues in the streets was in labor and gave birth under a tree in Rabat after she was denied access to a public hospital because she didn’t have the needed amount of money or any guarantee to be granted the emergency care though she was in an emergency state.

The pregnant woman, Hasnae al-Ahmar, 21, who was accompanied by her friend, found herself obliged to leave the hospital due to her poor financial condition.

But as soon as she stepped outside the hospital door, the labor pains intensified and her friend escorted her to a public garden where she laid under a tree. She gave birth in the garden with the help of her friend, who cut the umbilical cord off with a razor she had in her bag. A police car that was driving around noticed the two women and immediately called on an ambulance to take the woman to Souissi hospital.

This incident happened in Laymoun Street only few meters from the house of Prime Minister Abdelilah Benkiran who instructed the government earlier this year to open the doors of public hospitals to all emergency cases and to postpone any financial demands until the cases are cared for and necessary medical treatment is given.

Those instructions were issued after similar cases where women had given birth in the street because they were denied access to the hospital because of their poverty.

The Ministry of Health, headed by Hussein al-Ouardi, requested a written report about this incident from the hospital, which refused offering medical help to the woman, and to be presented to the ministry last Monday. The public prosecutor also initiated an investigation, which was expected to raise a lot of controversy.

The Ministry of Health issued a report that stated that “the public hospital of Laymoun received the woman according to the applicable standards. They checked her and while the medical team was preparing her medical files, she left the hospital for her own personal reasons despite the insistence of the medical stuff to stay because she needs urged treatment.”

Hasnae completely denies this statement and insists that she was asked to pay between 1500 to 3500 DH as delivery fees for the hospital. She also insists that the medical staff refused to check her condition or do the necessary procedures until she had the necessary money. The nurse asked her to go to a local hospital in Salé which offers free medical care because though it’s a public hospital, it requires paying fees before receiving medical care.

She added that after giving birth at the garden and then being taken to Souissi hospital, she was treated very poorly. She was sutured without anesthetization and left without food for the entire day, with no further care.

With these two conflicting stories, it might be a bit hard to detect which party is right or wrong, but with the countless incidents of women across the kingdom being denied medical treatment in public hospitals and giving birth in streets, parks, hospital doors, telephone booths, and taxis, it is quite obvious that we need a radical change in the health care system in our country which only makes people’s lives more miserable instead of providing help, care and medical assistance.

These are outrageous cases of neglect that are spreading all over the Moroccan hospitals whose initial duty is to supposedly be at the service of the people, but instead they are jeopardizing the lives of the others with not the slightest care or sense of responsibility.

Nidal Chebbak is a Moroccan national. She obtained her Bachelor’s degree in English Studies in 2009 after completing a research paper on Advertising Moroccan Women in Moroccan Magazines, in addition to a Master’s degree in Cultural Studies: Cultures and Identities in Morocco from the University of Sidi Mohammed Ben Abdullah in Fez.