Morocco World News
Home Culture Why are Some Moroccans Crazy about Mexican and Turkish Soap Operas?

In the last ten years or so, Mexican – Latin-American soap operas, indeed— and Turkish soap operas have powerfully invaded our Moroccan television. 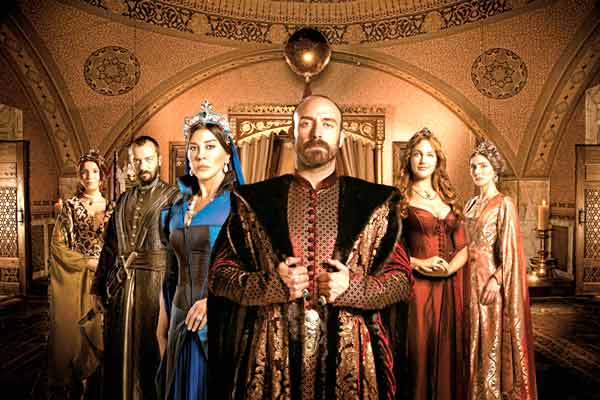 Kenitra – They have to some extent replaced Egyptian series, to which Moroccans have always been addicted. Indeed, Mexican soap operas have been able to impose themselves on the Moroccan viewer in which Moroccan TV channels sometimes broadcast two or three different series a day.

In Morocco, people almost from all walks of life are today interested in these series. As such, a lot of voices have been complaining about this “invasion” and condemning them, arguing that Mexican and some Turkish soap operas are devoid of any important artistic value and that they contribute to perverting the youth. However, these works have been able to attract the Moroccan viewer because of the huge vacuum at the national level (with regard to TV shows), not to mention that they contain some elements a lot of Moroccans do like.

Moroccan TV does not satisfy its viewers. Moroccan series usually do not respond to the demands of Moroccans. There is a big problem in terms of quantity; any comparison between the number of works – even in cinema—produced by Moroccans and the number of works produced by the Turks, Mexicans, Americans or even the Egyptians would be illogical. The Moroccan rate of production is rather slow, while Turkey and Mexico produce comparatively massively.

Whenever I turn on the TV, I see series dating back to the 1990s or 1980s being rerun– be it on 2m or “Aloula”, the two major Moroccan TV channels. This means that our channels do not have much to present and keep “forcing” their viewers to watch the same works as if they were asking them to learn their scripts by heart. In terms of quality, I cannot but admit that there is a serious problem in this regard, and the majority of Moroccans would agree with me. This is because of many factors: there are very few (professional) screenplay writers, and this remains the major obstacle that hinders producing good soap operas.

No matter how good a director is, he or she cannot make a good movie or series without a well-written text (raw material). On the other hand, a lot of Moroccan actors do not have academic training or knowledge, which makes their performances amateurish, but this is not the real problem.  As for money, most directors complain about the tiny budgets, if any, they get to make such works. As such, these factors, among many other problems, make the viewer look for an alternative.

Turkish and Mexican soap operas have quenched the thirst of Moroccans. I would not say that they are artistically perfect or present wonderful stories– though Turkish works sometimes do. Both Mexican and Turkish works often revolve around two good-looking protagonists who live a wonderful love story and are surrounded by a lot of enemies and friends. These romantic stories usually appeal to certain people.

Also, Mexicans usually rely on beauty at all levels: setting (fancy mansions, wonderful palaces, gardens…), gorgeous women, handsome and athletic men and fancy cars and clothes. I believe that a lot of people do identify with the Mexican and Turkish heroes and heroines: whenever there is a new soap opera, a large portion of Moroccans start talking about it. Surprisingly, even adults (40 years and up) have started watching them.

They succeed in making Moroccans dream. Doubtless, a lot of Moroccans have always dreamt of living in the West, marrying gorgeous American women or owning wonderful mansions like those we see in Mexican series. Since some people cannot afford these things, they try to “possess” them by watching TV. I would say that some people think that the (fit) actors and (gorgeous) actresses they see symbolize real love, elegance, good manners…As such, I often hear people say, “These are the real soap operas: they are well-made.” Such people, apparently, do not care about content, or maybe are fed up with the local works that such soap operas capture them easily.

Moroccan TV channels program them to compensate for the huge vacuum they suffer from. A lot of people have blamed our TV channels (2m and “Aloula”) for focusing on these productions, saying they do not represent us or our culture. Others have recently said that a lot of youth are being perverted because of them. Indeed, they may be right, but what they ignore is that without foreign works, these two poor channels would present nothing, for the Moroccan works they have could not consume an entire year. Actually, I have often chuckled and said to myself, “What the hell are these Mexicans or Turks doing? This story could be made in 10-12 episodes.” However, when one cannot feed him or herself with local food, he or she cannot but accept whatever comes from the other.

The real problem is the huge lack of good texts that can be turned into good soap operas. Unless we start thinking about this issue deeply and seriously, we will always be borrowing what we may not like. Also, Moroccan producers and directors should make more effort to satisfy their viewer; the latter is not stupid but sometimes has to kill time with anything. As for our local works, they still need to be ameliorated to satisfy Moroccans. 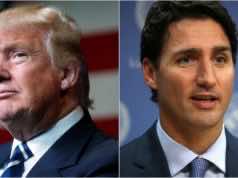 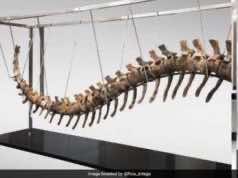 Desierto: the Hunt of Mexican Immigrants 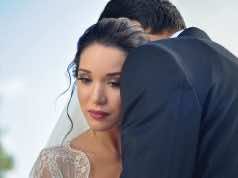