A 1,500-year-old Bible reportedly states that Jesus was a mortal human and was never crucified, in claims deemed to challenge the core principles of Christianity, according to media reports this week. 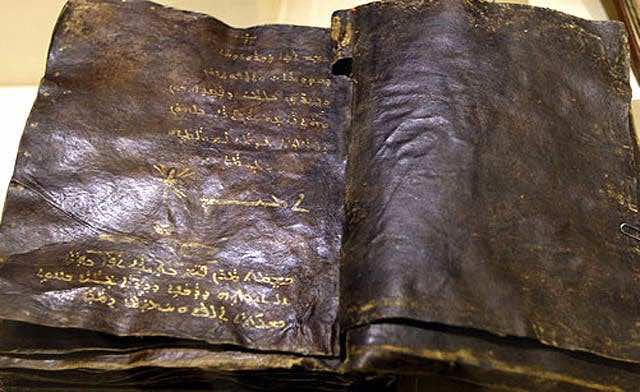 A 1,500-year-old Bible reportedly states that Jesus was a mortal human and was never crucified, in claims deemed to challenge the core principles of Christianity, according to media reports this week.

The Gospel of Barnabas, which analysts believe is an addition to the original gospels of Mark, Matthew, Luke and John, attracted attention earlier this year for suggesting that Jesus had foretold the coming of the Prophet Mohammed.

In February, the Vatican officially requested to see the book, which Turkey had discovered during a police anti-smuggling operation in 2000.

This week, translated quotes from the document – originally written in Syriac, a dialect of Aramaic – reportedly state that Jesus said: “I confess before heaven, and call to witness everything that dwells upon the earth, that I am a stranger to all that men have said of me, that I am more than man.

“For I am a man, born of a woman, subject to the judgment of God; that live here like as other men, subject to the common miseries,” the Y-Jesus U.S.-based online magazine reported in an analysis of the Gospel of Barnabas.

The statements effectively deny Jesus’ deity and reject the Trinity, the Christian doctrine which defines God as three divine persons: the Father, the Son (Jesus Christ), and the Holy Spirit.

Meanwhile, the Gospel of Barnabas “also presents Judas Iscariot as the one who died on the cross instead of Jesus, whereas in the New Testament, Judas betrays Jesus,” Y-Jesus reported.

The statement seemingly challenges the Christian message, which is built upon the death of Jesus as the Savior for the sins of Christians and his resurrection as the hope of eternal life. It supports, however, the Muslim belief that Jesus’ death on the cross never occurred.

St. Barnabas is traditionally identified as the founder of the Cypriot Church, an early Christian later named an apostle.

The text, reportedly worth $22 million, is said to contain Jesus’ prediction of the Prophet’s coming but was suppressed by the Christian Church for years for its strong resemblance to the Islamic view of Jesus, Turkish culture and tourism minister Ertugrul Gunay told the newspaper.

“In line with Islamic belief, the Gospel treats Jesus as a human being and not a God. It rejects the ideas of the Holy Trinity and the Crucifixion and reveals that Jesus predicted the coming of the Prophet Mohammed,” the newspaper reported.

“In one version of the gospel, he is said to have told a priest: ‘How shall the Messiah be called? Mohammed is his blessed name.’

“And in another, Jesus denied being the Messiah, claiming that he or she would be Ishmaelite, the term used for an Arab,” the newspaper added.

The gospel had remained closely guarded by Turkish authorities before being handed over to the Ankara Ethnography Museum where it will soon be put on show.

A photocopy of a single page from the leather-bound, gold-lettered book, penned in Jesus’ native Aramaic language is reportedly worth about $2.4 million, according to the Daily Mail.
But skepticism over the authenticity of the ancient handwritten manuscript arose.

Protestant pastor ?hsan Özbek has said this version of the book is said to come from the fifth or sixth century, while St. Barnabas had lived in the first century as one of the Apostles of Jesus.

“The copy in Ankara might have been written by one of the followers of St. Barnabas,” he told the Turkey-based Today Zaman newspaper earlier in 2012. 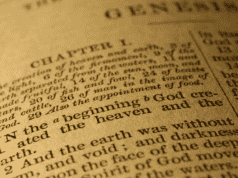 The Untold Story of Adam and Eve