Thousands of abortion rights demonstrators staged the largest protest yet in Istanbul against plans by Turkey’s government to curb abortion, which critics say will amount to a virtual ban.

Al Jazeera Turk said that the nearly 4,000 strong crowd of mostly women took part in the rally in the city’s Kadikoy district on Sunday.

“My body, my choice”, “Abortion is a right”, “Don’t whitewash rape” were some of banners carried by the protestors.

“We want to have abortion right. The prime minister cannot interfere in women rights” said Emine Demir, a housewife and one of the protestors.

Zeynep Cikik, a cleaning worker, was also among the protestors. She said women would resort to abortions in different ways if the practice is banned and this would result in the “massacre of women”.

Health Minister Recep Akdag said last week the bill would be submitted to the parliament this month to curb abortion.

Akdag caused an outcry on Thursday when he told reporters that if necessary the government would even look after the babies of “rape victims.” Facing criticism, he said on Saturday that he did not mean rape victims can never have an abortion.

Abortion has been legal in Turkey since 1983 up to 10 weeks from conception.

But under the proposed legislation wants to drastically reduce the time limit to as little as four weeks.

Recep Tayyip Erdogan, the prime minister, has called abortion “murder” and he has repeatedly called on women to have at least three children.

“They say it is my body, my choice. Feminists say this but no one has the right to abort a fetus in a body,” Erdogan said during a rally in the country’s southeast on Saturday.

The health minister had also announced plans to penalise hospitals that carry out elective caesarean sections, calling them unnatural.

Turkey does have a high rate of caesarean births – more than 40 per cent of live births in 2009, according to 2011 figures from the Organisation for Economic Co-operation and Development (OECD). Only Brazil and China have a higher rate among OECD countries.

The World Health Organisation recommends a figure of 15 per cent.

Abortion rates in Turkey, however, have steadily declined since the practice became legal, though many Turks are choosing to have fewer children. 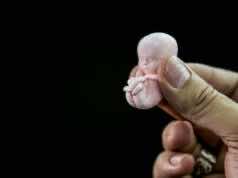 Morocco Arrests Three Doctors and a Pilot For Facilitating Abortions 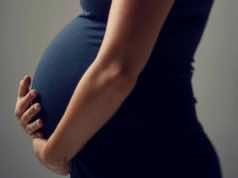