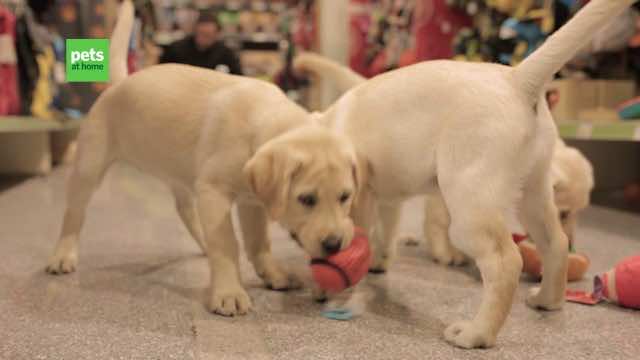 Beni Mellal, Morocco – In our modern world, many families are keeping pets at home. This is a habit of which many youngsters boast. While it can result in some abysmal risks, the habit of keeping pets in one’s home is more likely to vouchsafe the couple as well as children with much enjoyment and happiness. A dog or a cat, for example, can be real friends.

They can enable their masters to overcome bad feelings oscillating between loneliness, solitude and depression. Needless to mention that some pets sometimes prove trustworthy and more amiable than some human beings. By this, pets are seen as being reliable, loyal and appreciative as well in some foreign cultures.

For most Westerners, keeping a dog indoors grants one the sense of pride and haughtiness. This is somewhat different from the African context wherein dogs are belittled and oftentimes rejected. They are in the streets scavenging trash on dustbins and garbage. Despite this, some well-to-do families keep them in their farms given the security and safety they tend to impart on these families. They are there in the house to keep away burglars and thieves. But no matter how we may be different in keeping pets at home, the experience sounds very entertaining and enjoyable, especially for children.

Unlike some people who resolve to keep dogs for the sake of pleasure, there are some who keep that to frighten and horrify other people viewed as enemies. Some months ago in our hometown, the master of a Pit bull was chased by the police because of his countless crimes. He had no choice but to order his dog to assault one police agent who was terribly injured. The man suffered serious bite wounds when the dog knocked him over. The other policemen decided to shoot the Pit bull down. The story is circulating over in Beni Mellal city.

This sort of pets is so dangerous. Local authorities have to ban as well as severely punish people who keep or walk Pit bulls in the streets. Many awful stories in national and local media have reported that some people lost their legs and their arms as they had been attacked by such ferocious kinds of dogs. Yet, notwithstanding the repetitious calls and warnings given by the civil society to abdicate the habit of keeping Pit bulls as pets, many youths still walk proudly such perilous dogs in the city. Put simply, they do not care.

During holidays last summer, a friend of mine and I went jogging nearby the fountain of Ain Asserdoune. As soon as we were immersed in doing some physical exercises, a Pit bull suddenly targeted us. The dog was growling seriously at us, but we were inattentive. He ran though my legs and intended for my friend. He did not bite us luckily, but it stained our clothes with its disgusted saliva. When we turned backward, we found his master laughing off. So stupid!

We then realized that ignorance and illiteracy brought about that sort of misdemeanor on the part of this man. Dogs are not desired in our culture. There is a saying that angels do not enter into houses having dogs. Also, if a dog eats from your plate, you need to wash it up seven times or more.

Back to our childhood, we used to keep pigeons and doves upstairs. We were talking happily to our friends about the high quality our pigeons are. Our parents used to quarrel with us since these pigeons do not keep the place clean. Many times they would demolish the little homes we set up out of wood or zink for these birds. Frequently, we would disobey their orders and bring other pigeons to keep flying on our houses. That was very funny indeed.

We were smart, crazy at certain times, when we resorted to some tricks to capture the pigeons of our neighbors that flew upstairs to see ours. Our parents, however, would severely punish us to desert the idea, for fear it could have bad repercussions on our studies. But we could not listen to them. We used to love our pigeons.

Every Tuesday, we had to meet in the public market to sell and buy new pigeons. The experience was so lovable that we scarcely left those pigeons. They were like friends for us. Nevertheless, today’s children are not interested in these pigeons anymore not because of their studies but because of other means of entertainment that replaced the first.

It is awesome to see some families keeping up the habit even now, but with other pets. Cats, for example, are highly appreciated within some families. They bring warmth, comfort and tranquility to people. I myself know a close friend who is madly fond of her cats. She treats them like human beings. She gave them tenderness, food and love. One of her cats is called Mimoso. He is the male and the other one is called Persinha. She is the female. The two lovely cats are 13 years old.

The two cats are so lucky to have such warm and special care given generously to them by that lady. They are all the time tidy and elegant, walking in the house confidently as well as comfortably. They have their own food, their own place to sleep in. If you call them by their names, they will come immediately. They will make a tour around you to show that they have well understood the message. They are very communicative like human beings, well educated, even so friendly.

Mimoso, the male, has orange stripes on his fur. He is sitting all the time near the window. He is like a security guard protecting the house in the absence of the family. Persinha’s favorite place is in the bedroom or on the sofa. She has white thick fur. The neighbors love both cats because they can never scratch or misbehave. They do not talk but they understand well what you are saying.

This does not go against the teachings of Islam. As a creature, a cat is to be loved and cared for by people. Mistreating a cat is considered an awful sin in Islam. An example is that a woman kept a cat locked up and refused to feed her, nor it did allow her to eat from earth hay and grass. She imprisoned the cat until it died. The woman was punished and sent to hell.

Once the first lady lost her male cat, she started to mourn him as if she were mourning a relative. A relationship of mutual love and care has been established. Thanks to God, the male cat, after 10 days, would show up in the house. The lady was relieved and felt alive again. Such jubilation could not last longer since the female cat fell sick. The kind-hearted lady took her to the vet. She cried a lot because she could not help her cat more. The vet then addressed the lady saying: “Madam! You did more than you can. Be happy! Your cat is now resting in peace.”