Four men who planned a shooting spree at the office of a Danish newspaper that published cartoons of the Prophet Mohammed were found guilty of terrorism Monday and sentenced each to 12 years in prison.

The three Swedish nationals and one Tunisian living in Sweden had pleaded not guilty to the terrorism charges, but a district court found all four “guilty of terrorism,” chief judge Katrine Eriksen said in the verdict, which was broadcast live.

Police uncovered a plot in 2009 to attack Jyllands-Posten, and in January 2010, the creator of the most controversial of the Mohammed cartoons escaped an axe attack at his home by a Somali man linked to al-Qaeda.

The men, Swedish residents of North African and Mideast origin, had been under surveillance by Swedish and Danish intelligence agencies at the time but denied the charges during the trial. The four gave conflicting explanations about the purpose of their journey, which included New Year celebrations in the Danish capital and travel in Sweden.

The men, were arrested in December 2010, just three days before police said they planned to launch the attack on the newspaper and possibly another in an unspecified location.

Jyllands-Posten was the first paper to publish cartoons of the Prophet Mohammed, provoking protests in 2006 against Danish and other European interests abroad and riots in countries from the Middle East to Africa and Asia in which at least 50 people died.

The four men had met in Stockholm and discussed martyrdom, according to the surveillance recordings played during the trial. The tapes showed the four men discussing how they should kill as many people as possible inside the building housing the paper and take one hostage. The recordings also revealed them discussing what to do about women and children, whose lives they were apparently going to spare.

At a prayer service in Denmark before their arrest, the men were heard on a surveillance tape saying “when you meet the infidels, cut their throats,” according to the Associated Press.

The prosecutor claimed that Mounir Dhahri, 46, was the mastermind. Prosecutors say that Dhahri, a 46-year-old Tunisian citizen with a Swedish residence permit, disappeared for two years in 2008-2010 and is believed to have received terror training in the Waziristan region of Pakistan. Dhahri denied this and said he traveled in Europe and Turkey.

The group left Stockholm Dec. 28, 2010, and headed south to Copenhagen, where three of them were arrested the next morning. During the trip, Zalouti left the car and returned to Stockholm, where he was arrested by police the same day.

Danish police found the men in possession of two automatic weapons, 122 rounds, and more than $20,000 in cash.

Last week, Danish police said the men planned to “kill as many as possible” at the central Copenhagen building that houses the newspaper in an attack they compared to the assault on Mumbai by 10 gunmen in 2008 that killed 166 people.

Denmark’s Security and Intelligence Service (PET) said in January that Denmark is still considered a high-priority target by militant Islamists, with a specific threat against anyone associated with the cartoons, first published in 2005.

“The troubles linked to the Prophet Mohammed cartoons mean that there is a focus on Denmark as a potential terrorist target, we cannot deny that,” said Hans Jorgen Christian Bonnichsen, a security consultant who used to work for the PET.

David Headley, a Pakistani-American who said he scouted targets in Mumbai for the Pakistan-based Lashkar-e-Taiba militant group, also told investigators he had helped al-Qaeda plan an attack in Copenhagen. He was arrested in 2009.

The PET has said previously that the four men belonged to a militant Islamist group and had links to international terrorist networks. They declined to report any new comments ahead of the trial.

In May last year, a Chechen man was found guilty of an attempted act of terrorism against Jyllands-Posten after he mistakenly set off a small explosive device in the toilet of a Copenhagen hotel. 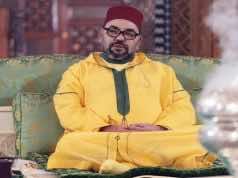