The Russian Orthodox Church is fighting the demolition of a church in Casablanca after a defrocked priest illegally sold it to a local developer, church officials say.

The Dormition Church of the Mother of God sits on valuable land in the city’s downtown. Built by Russian emigres in 1958, it is one of only two Russian Orthodox churches in Morocco.

The Dormition officially belonged to a Moroccan parish linked to the Russian Orthodox Church Outside of Russia, an international synod based in New York.

That former priest, French citizen Nikolai Semenoff, then hired local workers to enter the church and prepare it for demolition, the rector of the Resurrection Church in Rabat, Morocco, said in comments carried by the Orthodox organization’s website.

“On Feb. 1, 2012, the church, recently renovated through the efforts of local parishioners, was entered by laborers who destroyed the valuable iconostasis, tore the old icons off the walls and tried to extract the holy items from the church to an unknown destination, but were stopped by the tenant of the parish property,” Priest Maksim Massalitine said.

Police detained Semenoff at a Casablanca airport later that month. An investigation into the church’s sale is under way. Semenoff is prohibited from leaving the country during the inquiry.

On April 16, the real estate firm sent an eviction notice to the building’s tenant, La Fondation Marocaine pour la Jeunesse, l’Initiative et le Developpement. The notice asked the tenant to vacate the building within three months so that it could be demolished.

The Moscow Patriarchate has asked the Russian Embassy in Morocco to prevent the demolition.

“We are attempting in every way possible to oppose the demolition of the church,” archbishop Mark of Yegoryevsk, head of the Patriarchate’s department for institutions abroad, said Wednesday, Itar-Tass reported.

More than a hundred Russian Orthodox faithful who have relocated from Morocco to the United States have signed a petition to the Moroccan government to forbid the demolition, Itar-Tass reported.

On Monday, several dozen worshipers joined by Christians and Muslims protested outside the church, the Russian Orthodox Church Outside of Russia reported. There is now a 24-hour-a-day vigil surrounding the church. 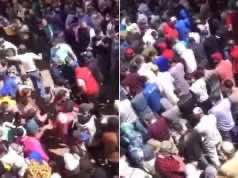 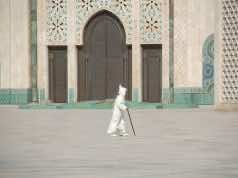