Rabat - The commission set up following the instructions of King Mohammed VI to undertake an exhaustive survey of derelict houses in Casablanca and in other medinas (old towns) of the Kingdom held, on Saturday night, a meeting chaired by the Head of Government, Abdelilah Benkirane. 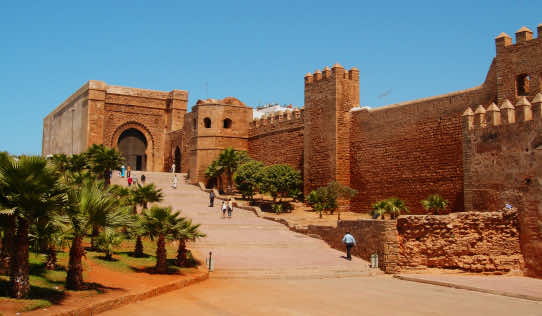 Rabat – The commission set up following the instructions of King Mohammed VI to undertake an exhaustive survey of derelict houses in Casablanca and in other medinas (old towns) of the Kingdom held, on Saturday night, a meeting chaired by the Head of Government, Abdelilah Benkirane.

In a statement to the press after the meeting, Communications Minister, government spokesman, Mustapha El Khalfi, stressed that the government, while expressing its condolences to the families of victims of painful accident, decided to launch an accurate and complete survey of all the derelict houses.

“The government has also decided to launch an emergency program to relocate the occupants of these dwellings and mobilize funds for this operation,” he added.

It was also decided that the commission, chaired by the Premier and constituted of the main sectors involved, will be meeting to monitor this issue, said El Khalfi.

At the beginning of the meeting, Benkirane stressed the need to establish emergency procedures and measures to examine the situation of derelict houses and give priority to these people in order to save their lives.

Following a new collapse of a building, on Saturday, June 9, 2012, in the medina of Casablanca, causing three deaths and six serious injuries, King Mohammed VI gave His High instructions for setting up a commission to conduct an exhaustive survey of derelict houses in Casablanca and other medinas of the Kingdom.

King Mohammed VI also ordered to give priority to dealing with these situations by taking the urgent and necessary provisions to relocate the occupants of these dwellings required to be rehabilitated or destroyed.

Moreover, the King gave His High directives to the Interior Minister to oversee the burial ceremonies for the victims and pay for those injured.