New York - It seems that the days of Eric Gerets at the helm of the Moroccan national team are numbered and that the football federation is ready to turn this disastrous page in Morocco’s football history. 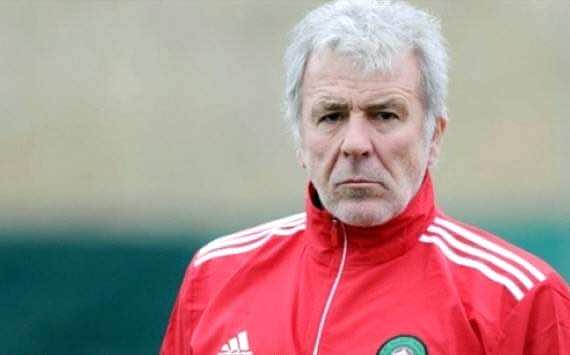 By
Adnane Bennis
-
Adnane Bennis is a national of Morocco, obtained his Bachelor’s Degree in Computer and Information Science from East west University in Chicago.
Jun 12, 2012
Spread the love

New York – It seems that the days of Eric Gerets at the helm of the Moroccan national team are numbered and that the football federation is ready to turn this disastrous page in Morocco’s football history.

According to the daily newspaper Al Massae, major changes will take place within the Moroccan football federation. The most important of these changes will be the dismissal of Eric Gerets, as well as the resignation of Ali Fassi Fihri, president of the Federation.

“The Moroccan Football Federation is moving towards an Extraordinary General Assembly that should elect a new president and a new federal office, especially after public anger at Marrakesh stadium, who requested the dissolution of the current office, the dismissal of Gerets and the reappointment of Baddou Zaki as coach of the national team,” said the sources cited by Al Massae.

The same sources added that the dismissal of Eric Gerets became imminent and that the green light was given to the federation in order to make this decision.

The Belgium coach is considered by most Moroccans as the worst national coach in Morocco’s history. After a series of disappointing results with the Moroccan National team and its notorious inability to build a resilient and competitive group, a group of Moroccans launched a petition demanding the dismissal of Eric Gerets from his post as coach of the Atlas Lions.

The latest in the series of disappointing results came last weekend when the Moroccan team played against Gambia. Moroccan fans were appalled by the poor performance of the players, as well as by the choices made by Eric Gerets and his lack of vision.

This lack of vision was made clear when he made three changes at the beginning of the second half, leaving the team vulnerable to any contingency. A few minutes after these changes, Younes Belhanda was injured and obliged to leave the pitch. As the Moroccan team has used its authorized three replacements, it was forced to end the match with 10 players.

The second disappointment came on Saturday when the Moroccan team was on the verge of losing a home match against Cote D’Ivoire. Since Eric Gerets took over in October 2010, the ranking of the Atlas Lions went from bad to worse, reaching the shameful 70th position in the global ranking. Never in Morocco’s history,  the Moroccan team went that down.