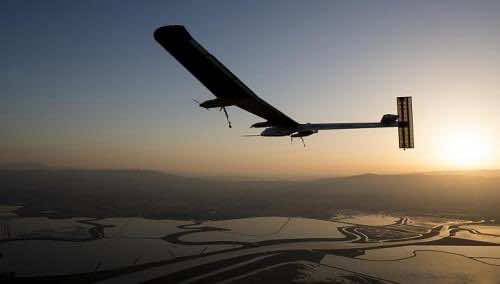 The record-breaking plane and pilot Andre Borschberg “are not in danger, but (the headwind) is hindering the advancement of the Solar Impulse to its final destination,” said the mission on the Solar Impulse website.

“The flight director has made the decision to turn back to the departure airport Rabat,” it said.

“The mission team is working on a new route,” it added. The decision to turn around came after almost eight and a half hours of flight southwards towards the city of Ouarzazate, where the plane had been expected to land at around 2300 GMT.

Borschberg earlier told AFP by satellite phone that the flight was going well and that he was planning to follow the coast, passing Casablanca and Marrakech — at the foot of the Atlas mountains, before reaching Ouarzazate. But he also said he expected strong winds later in the evening in the region of the Atlas.