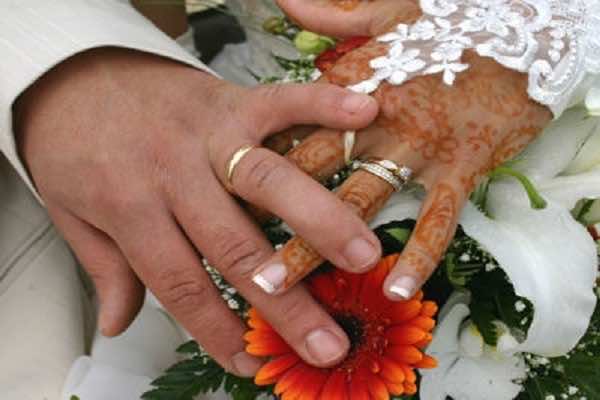 Rabat- Last summer, during my wedding ceremony, I invited close friends and relatives to come celebrate this joyous occasion with us.  It was not an event that we spent much money on.

We did not hire a band or stay up late disturbing our neighbors. Instead, we had a modest gathering of women reiterating some traditional religious hymns in the memory of the Prophet of Islam and some other spiritual melodies reserved as a form of gratitude to the Almighty for His numerous bounties on us.

A bull was slaughtered for our guests and all kinds of almond cookies were handed out, accompanied by mint tea. The attendees could observe the differences we managed to make in a ceremony like marriage within the Moroccan context.

Everybody was happy; all were smiling as the bride was changing her clothes and imparting exultation and jubilation to those little girls sitting innocently next to her, meanwhile aspiring someday to have a happy day just like hers.

As for me, I was serving as a committed waiter; welcoming guests, passing out dishes and distributing water and soap as they finished their meals. A multicolored towel caught the attention of some guests and they kept gazing at it before drying up their hands. The atmosphere was intimate and lovely. I wished I could marry everyday to welcome all those smiling faces again and again. But I’m not Shahrayar.

It is a good habit to publicize one’s marriage, why not advertise it in local media and among friends. At least people can express their joy seeing an old friend of theirs, fleeing from singlehood to married life.

The girls I have met in my life were all extremely beautiful, very kind and charming. However, to be honest, they did not fit as wives. At a certain period of our time, we seem to be lost in a realm governed by women, or, simply say, girls. What is a girl but a future mother who can be more responsible having children and a husband to care for and look after.

I am afraid not all girls can be mothers. Some do not meet certain measures set by men looking for emotional and marital stability. Let’s also be fair. Some men do not and will not be apt to live up to the expectations of some women. They are regarded as children who are less keen on playing a serious game like love.

In this sense, they can hardly think of marriage and yield themselves to toying with girls’ feelings repeatedly, flirting with this one and deceiving the other one. Hardly, mutual trust could be shown between young couples that have just joined the golden cage. There is always a feeling of doubt and suspicion on either side tarnished with some artificial love care going in both directions.

Many poor wives fall victim to the dishonesty of their husbands. The men tend to live another love, maybe digital or fictional, and consequently, give less of their time to their housewives so long as there is another person to satisfy their intrinsic romantic needs that never last.

In the same vein, some wives might have dozens of lovers ranging from the television to the street screen. The effect of this is that we seem to lie to each other, deceive each other and, most awfully, we tend to scheme satanic plans against each other. The love we felt one day turned out to be a mere triviality. Worse, the situation might go to separation and revenge; hence the courts.

None will love that for sure.

That day of sweet words, red roses and romance vanished all of a sudden. It will be unfair to hold the husband guilty of that. But it will be also unfair to accuse the wife of such misfortune.

The truth is that television has contributed a great deal to the failure of the marital enterprise, as we call it. The wife has another Romeo, a favorite Turkish actor like Mohannad arousing intense emotions of love inside her.  The husband, in turn, starts to dream desperately of another Juliet. Her name may be a Nour or a Khoulod to lighten his love in eternity. The house we planned carefully to build is on the brink of getting destroyed.

The couple, accordingly, no longer relishes the beauty of the sacred bond they take upon themselves to protect. There might be another disastrous movie that can also demolish, either intentionally or unintentionally, the whole mosaic fabric.

Some aunts, grandmas and other kinship – May Allah forgive all-have no job but to criticize the woman newly nominated as a wife. They, therefore, sit in one corner all day and test out the degree of obedience and forbearance of the wife still deemed an alien in the family.

Phrases targeting her abound with criticism. “Your washing up of the vessels is imperfect,” “Lazy girl! You put much salt in the tagine,” “You forgot to iron your husband’s shirt,” or “Don’t forget to lock the door before sleeping” and so on. Other criticisms may result in insults and serious conflicts. The great loser is the poor husband torn apart between two sorts of love. That of blood and that of honey.

Many husbands cannot resist these perpetual conflicts and, from the very outset, set up many restrictions in the house. The human logic necessitates that a good wife should listen to her husband and vice-versa. The two families of the couple should stay away. A husband who never listens to his wife proves to be less successful in any relationship of this sort. Listening to the worries of each seems more likely to safeguard the beauty of the first love we are going to taste.

Many of the people I know, if not the majority, and whenever we meet, would ask each other if we get married or not. That tells me one thing. Marriage for many Moroccan youngsters is a big monster. Another life exam that we can either pass or fail.

In the first stage of our life, we study hard to find a good job. We sit for many exams and interviews to access the job market. If lucky we pass. If not, we recharge our batteries and revive our resolution. Then, at another stage, people start looking for a good wife who may be less demanding and acceptable in terms of beauty and decency.

To realize this dream, people appeal to chat rooms and social networking websites. They leave thousands of beautiful women so close by their houses and travel beyond the borders to look for a soul mate that can calm one down as she speaks, add up to one’s delight as she sings beautiful rhythms about love in fiction.

The difference of age and color is not a stumbling block. What is important is that love should take place. Romantic, as well as realistic literature is laden with stories of pure love. The story of Diana, the Princess of Wales and Dodi Al-Fayed, son to the Egyptian billionaire Mohammed Al-Fayed is one instance of this. But it ends tragically like that of Shakespeare.

At one moment of our life we dreamd of associating with a blonde woman because we believed that such women scarcely think about money. What interests them most is only love, nothing else. They can sacrifice everything for the sake of love. We dreamd of having a partner in the beauty of Malia Ann or Natasha. Then, we were disappointed. Not all girls were serious about the love affair we indulged in.

We had to come back to our neighborhood to look for another girl who was not blonde at all. Yet, the girls of our neighborhood thought we were misogynist since we did not use to socialize with them like other guys. We had to turn our attention onto the university we studied in.

There, many girls were interested merely in making love, just spending their time, wasting ours, and bedding other guys less cheerful than us. We were disappointed and decided to forget the matter until due time.

Some friends fall victims to the cunning of those girls. Yet, they would better stand the natural calamity betiding them because they themselves mocked once many girls off.

Eventually, we had to leave the whole matter in the hands of our beloved mothers, applying the old-fashioned slogan, “Who knows a woman but another woman like her.” And we were left to chant honestly with Kenny Chesney a warm welcome to our first beautiful wife. “A woman knows, when there’s another woman. You can’t fool her, don’t try to think you can.”