As Egyptians voted for a new president on Saturday, many of the country’s Coptic Christians said they were backing Ahmed Shafiq, a former prime minister they believe can stem a rising Islamist tide.

In the working-class Cairo neighborhood of Shobra, home to a large Christian community, 30-year-old Makram was proud to declare his support for Shafiq, the last premier to serve under ousted president Hosni Mubarak.

“We are backing the one who can ensure a measure of security for our community and the country,” the government employee said.

“Since the end of the first round on May 24, we launched a mobilization campaign to get the community to vote for Shafiq and encourage those who are reluctant to go and vote on Saturday and Sunday” in the runoff poll, he added.

Makram denied that the Coptic Church leadership had urged the faithful to vote one way or another, but even without such an endorsement, the Christian community has largely swung their support behind Shafiq’s campaign.

And in Shobra, men and women joined long queues outside polling stations set up in local schools from the early hours of the morning, determined to cast their ballots.

While Shafiq’s critics dub him a “felool,” a pejorative term used by some Egyptians to refer to members of the old regime, Makram countered that his candidate had “a clear vision for the future of the country.

And Shafiq’s experience, as a prime minister, aviation minister and air force chief, “will allow him to reestablish security and protect those who are discriminated against,” he said.

Egypt’s Christian population, which is believed to represent between six and 10 percent of Egypt’s 82 million strong population, has long complained of discrimination and increasingly fears “creeping Islamism” in Egyptian society.

Their patriarch, Shenouda III, an ardent defender of his community, died on March 17 at age 88 and has not yet been replaced.

Shafiq’s rival, Muslim Brotherhood candidate Mohammed Mursi has tried to quiet the fears of the Christian population, promising to protect their rights
and stamp out discrimination.

In speeches he refers to “our Christian brothers” who are “our partners in the nation and have full rights.” Some of his posters even feature pictures of Coptic priests.

But his words have largely fallen on deaf ears, at least among the Christians in Shobra.

“They say one thing and do the opposite, to marginalize us,” 35-year-old Maureen, a Coptic teacher, said of the Brotherhood.

“Look, in the last two years we’ve had attacks, murders, restrictions on the building of churches have increased and God knows what future we’ll have with the Salafists,” she added.

At the Mohammed Abdu school in Shobra, Omar Abdi, a Muslim shopkeeper in the neighborhood, railed against those criticizing the Islamists and urged his Coptic compatriots not to vote on the basis of their fears.

“We were all discriminated against under the old regime. This is a new era and all parts of the society must work to build the new Egypt,” the bearded 50-year-old said.

“Vote for Morsi. There’s nothing to fear,” he said, attracting a few gestures of sympathy from the crowd, some of who said “God protect Egypt.

Shafiq, a Muslim who has nonetheless stood as a fierce critic of the Brotherhood, calls the group a “reactionary” organization that wants to return
Egypt to the “Middle Ages.”

And Maureen said she was proud to have campaigned for Shafiq since the first round presidential vote, explaining that Christians “fear the creeping Islamisation in the country,” which she says is financed by Qatar and Saudi Arabia.

“Today, the Brotherhood is opposed to a Christian or a woman being president. Tomorrow, if they’re in power, they will tell us to pack our bags.” 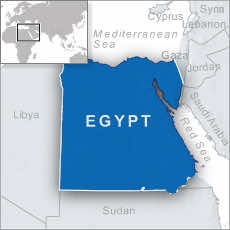 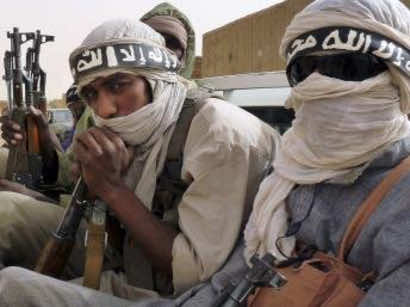