This year’s Fes Festival has been judged an overwhelming success. While hundreds of people were involved at many levels, the one man on whom the spotlight always falls is Faouzi Skali without whom the festival would not exist.

This year’s theme for the 18th Fes Festival of World Sacred Music was Re-enchanting the World, and the focus was on twelfth century scientist, mathematician, philosopher and writer Omar Khayyam.

Fes Festival director Faouzi Skali said this theme was chosen because of the current atmosphere of crisis and depression in the world – it aimed to give people inspiration and was a continuation of what the Fes Festival has provided in the past.

“This festival has a powerful meaning,” he said to TVFF, in the courtyard of the Batha Museum after a concert.

Given the adverse affects of the financial crisis on social welfare and the quality of life in many countries, Skali feels it is important to see beyond the material to the “intangible wealth that is fundamental to human beings”.

“Because everyone is eager to discover the spiritual and traditional – especially through music…It’s not just related to fashion. New need to find a way to live with our modernity; it’s about bringing back the spiritual into the modern world.”

Skali says it is also about the importance of developing relationships in the world.

“Coming here, attendees have the opportunity to engage with a wide variety of other cultures, in a way that is rarely otherwise possible…The fact that we can put varieties of traditions all together gives us the opportunity to discover the inner beauty of each culture.

“Communication goes far beyond a dialogue – it’s much deeper, it touches our hearts.”

Beyond the music and dance, Skali says, it is important to “gain a better understanding of our world”, by exploring the issues raised through the “special space” of the colloquium. This year’s Fes Forum had the theme Giving Soul to Globalization.

The impact on Fez, since the first Festival was held in 1994, has been substantial, says Skali. “We’ve seen the great development of guest houses and many other projects,” he says. “Culture is very important for creating jobs.”

The Festival is designed so that people around the world come to stay for two weeks. “During this period they spend money, which creates an energy economically linked to cultural tourism.”

As far as the development of the event is concerned, Skali would like to see more cultural activities taking place during the year, through the Spirit of Fes Foundation which oversees the Festival, “to create the conditions for rising talents”. These could include initiatives such as artists’ residencies with the aim of developing new commissioned works, such as this year’s Tribute to Omar Khayyam.

Skali is an urbane and sociable man, who is courteous and takes time to exchange words with the many admirers who flock around him before and after concerts.

His personal philosophy and background is deeply rooted in Sufism, the mystical branch of Islam.

Born in Fez in 1953, Skali has a Ph.D. in anthropology, ethnology and religious science from the Sorbonne. At age 23, after reading the stories of Rumi, he became fascinated by Sufism and a year later met and became a disciple of Sidi Hamza al Qadiri al Boutchichi.

Skali founded the Fes Festival of World Sacred Music in 1994, as a counter to the “clash of civilizations” rhetoric underpinning the first Gulf War. And in 2007, he initiated the annual Fes Festival of Sufi Culture.

He says Fez history and culture offers “the artistic, the spiritual and poetic; all this richness in architecture and music…It’s very important for a person like me to do something to transmit (those values) to a new generation…Sufism has this perfume of spirituality that you can share.”

As for the contribution of The View From Fez to this year’s festival, Skali says that blogs such as this one are “very important for getting the message out” to the wider world. 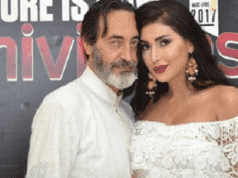 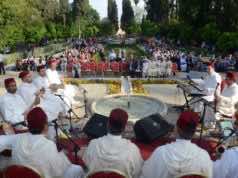 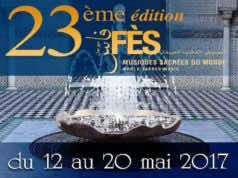