Egypt’s ex-president Hosni Mubarak is in a coma and has been placed on an artificial respirator, a medical source told AFP, after the state news agency said he had been declared clinically dead.

Mubarak “is in a coma and the doctors are trying to revive him. He has been placed on an artifical respirator,” the source told AFP after state news agency MENA said the ousted leader had been declared clinically dead after his heart had stopped beating.

“Hosni Mubarak is clinically dead,” the official MENA news agency reported. “Medical sources told MENA his heart had stopped beating and did not respond to defibrillation.”

MENA had earlier reported Mubarak’s transfer to hospital from prison, where it said he had experienced a stroke and been defibrillated.

“I want to affirm that the official news agency of the country, MENA, has announced it,” a state news presenter said of Mubarak’s reported clinical death. 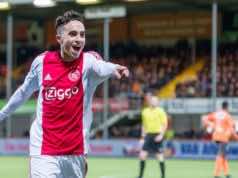 Morocco’s Abdelhak Nouri out of Coma 1 Year after Collapse