The remittances increased by 26.1% compared to April, the Office said. 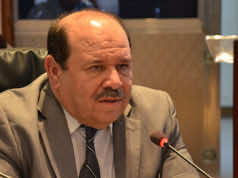 Morocco: A Policy for Engaging the Diaspora Remains Elusive