In Algeria, the death of Saudi Crown Prince, Nayef Ben Abdelaziz, reveals a fact rare enough to be reported. President Abdelaziz Bouteflika and the boss of DRS, Mohamed Mediene, have lost a friend and ally they had in common. Indeed, Prince Nayef was considered a “friend” trusted by the Algerians, who do not specifically hold the Saud dynasty in their hearts.

After aborting the democratic process in Algeria in the early 1990s, and while some voices were raised in support of the Islamic Salvation Front (Front Islamique de Salut FIS) within the Wahhabi kingdom, Prince Nayef had defended the Algerian military.

He then multiplied the meetings in the U.S. and Switzerland with the new General Mohamed Mediene, whom he appreciated for its security expertise.

The two men- who have nothing in common- one is a rigorous religious and the other a die-hard secular- carry a boundless hatred towards violent Islamism. The Saudi Prince had another advantage in the eyes of his interlocutors in Algeria. His lukewarm relations with the Moroccan monarchy, which is a very close ally to the house of Saud. Today, with the death of Nayef, the Algerian government has lost a powerful connection in Riyadh.

A loss that, according to our sources in Algiers, no body else is able to replace. 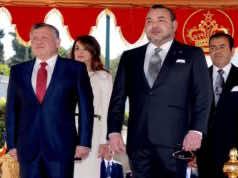 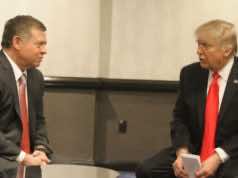