It goes without saying that quite a few things they want to “imitate” are good if they do not contradict common sense and Islamic values. For instance, Moroccan activists have always called for the respect of freedom of speech, social equity, women’s rights and for changes in terms of child labor. The movements of these activists have become more common long before the Arab Spring. All of these movements are great and do not contradict our Moroccan and Islamic values at all: no religion or legislation whatsoever should normally deny man or woman a decent life. Still, some people sometimes misunderstand freedom and try to legitimize what should not be legitimate.

A few days ago, some Moroccan human rights activists called for legalizing illegitimate sexual relationships among adults. These people argue that as long as two partners make love without either party being forced to do so, that there is no problem and that it is their right to enjoy themselves. As such, the activists want to abolish Article 490 of the Moroccan penal code, which incriminates such relationships and stipulates that a man and woman who are not married and are caught having intercourse must be sentenced from one month to one year of prison or to pay a fine.

These activists want to make Morocco a big brothel and create more social catastrophes as a result. They want sexually transmitted diseases to spread faster than ever. They want Mrs. Aisha Ec-channa, the head of “Solidarité Féminine” Association–most famous woman activist helping single mothers–to ask for more grants to support them. These people are calling for legalizing something even that the West also suffers from.

A Call for Promiscuity

Nobody would believe me–and I would be fooling people and lying to myself–if I said that pre-marital sexual relationships, brothels, pimps, human trafficking and prostitution do not exist in Morocco. All these things, unfortunately, exist in our country. Morocco is even an international hub in terms of prostitution. Still, our country considers any illegal sexual relationship a crime that should be condemned and whose protagonists must be punished.

According to Article 490 of the Moroccan penal code, any sexual relationship between two unmarried adults (over the age of 18) is an illegal act. As such, most Moroccans do not dare to indulge in premarital relationships for fear of punishment. Although this article is selective –dignitaries, high officials or businesspeople would not be sent to prison for such a crime–it has contributed to making people avoid revealing their relationships and has made them a sort of taboo.

Abolishing the article in question would reinforce “the culture of promiscuity.” Although Morocco is a Muslim country and Moroccans adhere to the Islamic and Arab values, nobody can deny that we have become rather westernized. If Article 490 did not exist, a lot of couples would choose to live in relationships out of wedlock. Dating would become a part of the Moroccans’ daily life – of course, it exists, but still underhand—and parents could not control their children. Virginity–which is regarded as an honor and a sign of virtue–would become an obsolete concept. Incidentally, a lot of girls, I believe, would elope with their lovers, not heeding their parents’ reaction. In other words, abolishing it would turn our society into a rather sleazy community.

Would we still dare to call ourselves Muslims? Stating officially that this article is no longer valid would mean that Morocco would be getting away from its Islamic roots and adopting new customs that no religion whatsoever encourages. Promiscuity has already caused a lot of Western nations to suffer from many social problems, such as the issue of numerous single mothers, illegitimate children and general family dysfunction.

A Call for Spreading Diseases and Social Problems

Giving people the green light to “enjoy themselves,” would make some sexually transmitted diseases (STD), such as AIDS, spread more quickly than ever. It is worth mentioning that AIDS/HIV does not exist in Morocco in the same way it does elsewhere thanks to the conservative aspect of the Moroccan society and to the law, which condemns sex outside marriage. Clearly, the more promiscuous a society is, the more sexually transmitted diseases it has. I believe that the advocates of sexual freedom would say, promiscuity already exists in our society, and there is already a large number of people who have contracted AIDS. However, asking people to give free rein to their whims would double these problems.

Should we add more single mothers and illegitimate children to our society? There is already an alarming number of these phenomena in Morocco without allowing people to “copulate” without any legal consequences. The prevalence of these two social issues would increase rapidly. Western countries, such as the United States, Canada and France are good examples. They have hundreds of thousands of people who do not know their mothers and/or their fathers and who do not grow up in normal familial conditions.

In the United States about 1.7 million babies were born to unmarried mothers in 2007. The United States–which is the epitome of democracy worldwide–has been struggling to solve the problems of single mothers for many years. The country has been struggling to help illegitimate children who live in deplorable conditions. In this respect, I should say that Morocco is not the United States, the United Kingdom or Sweden: we do not have the financial capacities to handle such problems. Our activists should consult annual American economic reports on this subject to recognize the dangers that come with sexual freedom. Many activists know of these facts but often turn a blind eye to them.

Cohabitation would contribute to causing problems related to family dysfunction in Morocco. There are a huge number of couples living outside of wedlock in the West. Some people live together for as many as twenty years and have children just as lovers–not a wife and husband. How could we live as such in Morocco? How could children grow up in such a situation? Those who want to abolish Article 490 should realize that a lot of women would like to have children without marriage. Many women and men do not like the “shackles “marriage imposes on them. However, thanks to our Moroccan and Islamic values, most of these couples cannot have children outside of wedlock. Usually, babies born to such premarital relationships are a heavy burden on mothers and society.

Do the advocates of “sexual freedom” not think of the terrible consequences this could create? In Morocco, some men who subscribe to polygamy for some reason or another tend to abandon their wives and look for others: they do not care about them or about their children. What would these people do were the article to be abolished? Certainly, such men would be jumping from one woman to another under the guise of “sexual freedom.” The values of marriage, the nuclear family, togetherness and union all may fade way within few years. The structure of our society would sure change for the worse. We already have serious problems with regard to familial issues and family code, which still has not been fully implemented. I would urge these activists to conduct more research about family dysfunction in the West. Man is not like animals; all his acts should be rationalized

Would anybody among these “civilized people” like his daughter to come home with a new boyfriend every now and then? If the Moroccan activists calling for sexual freedom said “Yes”, I would understand that they have nothing to do with Morocco. Moroccans, apart from a tiny minority, would never allow this to happen. Certainly, these people would not like their daughters to come home pregnant with “X children” and support them. However, they must realize that a lot of families would undergo this kind of difficult situation and that this could become quite common in our society. Although such problems exist now, they are still exceptions. Most families would be reluctant to reveal such secrets, simply because we do not accept illegitimate children in our families.

Abolishing Article 490 would create a very deep rift in Moroccan society. People must realize that having illegal sexual relationships in Morocco is something and making them legal is another thing. We should not legalize such phenomena just because these situations exist in our society. Condemning promiscuity legally already deters a large portion of our society from engaging in these activities. What is worse is that this situation would flare up the fire between the Islamists and seculars.

This view (deleting Article 490) is totally unfounded. Those who subscribe to it have not learned anything from the problems that most Western countries have been suffering from. Modernists and reformists should know that a nation does not need to make sex a tool to flourish and move forward. They just need to think about the aforementioned problems that promiscuity could make and they will know they are wrong.

Koulila Brahim is a Moroccan teacher of English and essayist. He lives in Kénitra, Morocco. He obtained his M.A. (Studies in English language and culture) from Ibn Tofail University, Kénitra (Morocco) in 2010.  He is interested  in Morocco’s politics 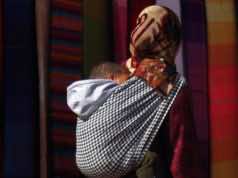 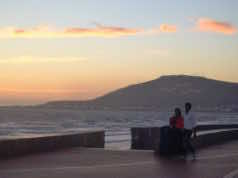