With 16 qualified teams, the entire world watching, and the participation of several Arab players in prominent European national teams an increasing number of Arabic viewers are tuning into the UEFA Euro 2012.

The ethnically Arab players are highly celebrated across the region where the audience is hungry to watch them invade the international football scene.

While there are several players of Middle Eastern descent across Europe, the most famous of them are spotted in the French national team.

According to recently published reports, players Hatem Ben Arfa, Samir Nasri, and Karim Benzema, commonly called the “Génération 1987” by the French media, are the key players to push the French team towards glory at this year’s tournament. Born just a couple of months apart, all three have played together and know each other well.

Striker Karim Benzema, who is of Algerian descent, has had a thriving career with different teams in France and Spain. In fact, it was those achievements that left his teammates and coach rather disappointed recently. More was expected of him by the French team after his outstanding performance with Real Madrid, where he has scored 21 goals in the Spanish League.

Attacking midfielder Samir Nasri is an equally accomplished player and a fellow Algerian as well. His temper, however, did not do him good during this year’s tournament. Rumors circulated that he could be facing a two-year-ban after he verbally abused a French reporter. Despite Nasri’s public apologies, the incident is too fresh to be forgotten. “You can do what you want when you play for Manchester City but not when you wear the France team shirt,” president of the French Football Federation Noel le Graet told Britain’s the Telegraph.

Both Benzema and Nasri were selected along with the Tunisian Hatem Ben Arfa on the 29th of May to participate in the UEFA Euro 2012. Ben Arfa, the youngest of the three and well-known for having disputes with coaches, reportedly felt “unfairly singled out” when France coach Laurent Blanc substituted him in a game where France lost 2-0 to Sweden, and then reportedly angered Blanc by talking on his mobile phone in the changing rooms afterwards. Ben Arfa remained on the bench throughout the game against Spain as well.

Selected on the same day to play for the team is Adil Rami. Older by just a couple of years, his age sets him apart from the “Génération 1987”.

As opposed to his teammates, his name gets less mentioned in the news headlines.

The French team does not entirely monopolize all the Arabic names in the world of European football. There are other, lesser known, Middle Eastern players in the tournament.

Swaying between Spanish and German teams throughout his career and born on the same year as the “Génération 1987”, the half German half Tunisian player Sami Khedira is a midfielder the German team will be relying on during this year’s tournament. His participation has given the German team a completely new twist, sports newspapers have said, calling him “one of the best holding midfielders.”

Playing for the Netherlands is the slightly older Khalid Boulahrouz. The 29 year old is of Berber Moroccan descent. In anticipation for his game against Portugal, Boulahrouz said, “We are all familiar with the Portuguese style and their antics. They don’t mind giving a few nasty kicks … We have things on our mind that are more important than kicking, beating and spitting. We’re focused on winning this match.” Luck, however, was not on his side as Portugal won 2-1.

Zinedin Zidane, currently the Real Madrid Director of Football, is a football legend that contributed to French victory in the 1998 World Cup and the 2000 European Championship. His Algerian Berber parents moved to France in 1953.

The France team that won the 1998 World Cup, on home soil, included so many players of color that Jean Marie Le Pen, leader of the right-wing National Front, bemoaned that it was “not a real French team.” But France was ecstatic in its adoration of a team that, against all odds, won France’s first and only World Cup. “Black, Blanc, Beur” was the slogan of acknowledgment of that triumph, meaning “black, white, Arab” — a celebration of the diversity of a team that had brought glory to France. 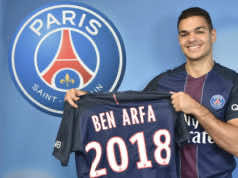 Adam Maher snubs Morocco in favour of the Netherlands