Ifrane - “To my mind four things are necessary before a nation can develop a great cuisine. The first is an abundance of fine ingredients-a rich land. The second is a variety of cultural influences: the history of the nation, including its domination by foreign powers, and the culinary secrets it has brought back from its own imperialist adventures. 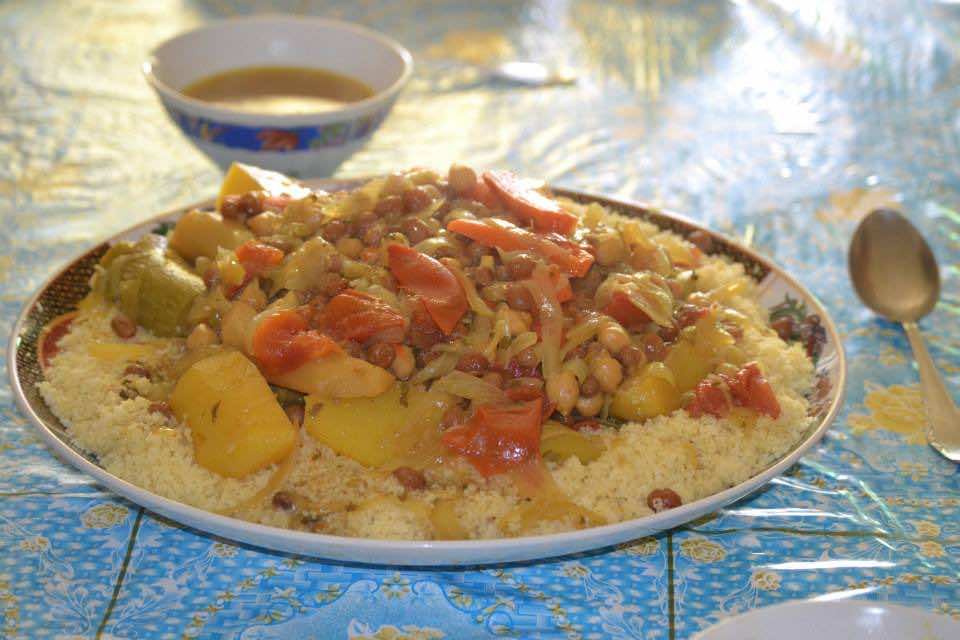 Ifrane – “To my mind four things are necessary before a nation can develop a great cuisine. The first is an abundance of fine ingredients-a rich land. The second is a variety of cultural influences: the history of the nation, including its domination by foreign powers, and the culinary secrets it has brought back from its own imperialist adventures.

Third, a great civilization-if a country has not had its day in the sun, its cuisine will probably not be great; great food and a great civilization go together. Last, the existence of a refined palace life-without royal kitchens, without a Versailles or a Forbidden City in Peking, without, in short, the demands of a cultivated court-the imaginations of a nation’s cooks will not be challenged. Morocco, fortunately, is blessed with all four…” said Paula Wolfert.

These four things make Morocco if not the greatest in the world; it stands near the top as one of the world’s most eminent cuisines. Dishes are numerous, and each one is better than the other. The two prominent examples that illustrate the highness of Moroccan cuisine are the “Tagine” and the national dish, “couscous.”

1- The origin of couscous

Couscous is a word that comes from the classical Arabic word” kouscous” (pronounced in English as /kuskus/) and form the Berber word “kseksu,” that designates both the durum wheat semolina and the traditional dish of which it is the main ingredients. However, some think that the word “couscous” could be derived from the classical Arabic word “kaskash” (to pound small), that means crushing and grinding. Also, the word “couscous could be derived from (ftat), which means the breakful that the bird gives to its fledging.

Theories differ on the origin of Moroccan couscous and the date of its appearance in Moroccan cuisine. Some claim that couscous originated from Ethiopia; it was brought to North Africa in the seventh century A.D. by conquering Arab armies; yet the archaeological evidence dating back to the ninth century, traces its origin to North Africa and not to somewhere else. 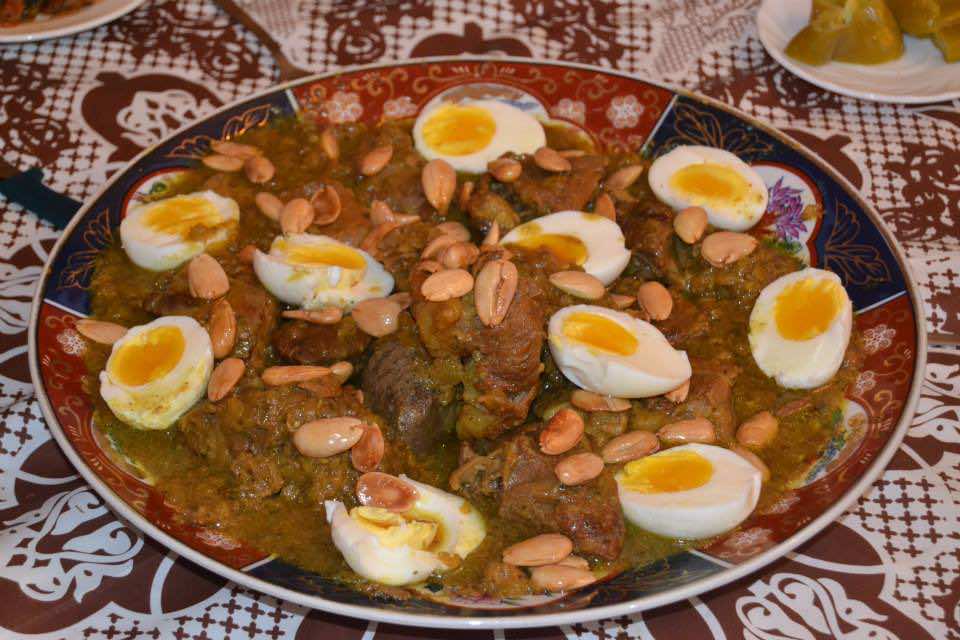 2- The origin of Tagine

The word Tajine or Moroccan Tagine is a distinctive earthenware dish with two parts; a pose unit which is flat and circular with low sides and a large cone, or dome-shaped covers that rests inside the base during cooking. In that clay dish with a cone shaped top it is cooked and served. The word Tajine or Tagine can refer to both: food, prepared in that dish or to the dish.

The history of “Moroccan tajine” is debated. It has been suggested that tajine was first introduced to Morocco in the 12th century by the Phoenicians, who visited the area in that time. While another theory attributes it to Tonac civilization that was in Mexico between the 800 and 600 B.C.This theory based its assumption on the statuette of “EL Tagine” the god of rain of that civilization. However, the most plausible evidence attributed it to North Africa and its first settler’s -Berber.

Whatever your belief as to the origin of the couscous and Tajine, the most notable Moroccan dishes, they by any name and origin taste great.

Moroccan Tajine and couscous are two faces to the same coin; it is the delicacy of Moroccan cuisine. They are two national dishes that take great advantages from the strong Andalusian, Jewish’s influence and from the natural bounty.

More than any other food, couscous, the most popular dish around the world, is cooked in restaurants as in houses with pumped semolina grain and different vegetables and it is served on a clay platter called, Gues ‘in a heaped pyramid style with a hollow on top which is filled with stew and embellished by multi-colored vegetables, pleasing the eye before pleasing the stomach; why not watering the mouth, and it is that baby that has come to existence after a long partition of ten centuries from its Hispano, Jewish and Muslim mother.

Tajine is a no less important dish than the couscous. Moroccans believe that no other country’s dish has reached the exalted height of their Moroccan Tajine. Aromatic; stimulating fragrant, zesty, spicy or sweet, Moroccan delectable vegetables Tajine is constantly delicious and inviting for its savoring ingredients, which may include, depending on the genre of the Tajine, lamb or poultry stew, almond, hard boiled eggs, burns, lemons, potatoes, carrots, onions, tomatoes and spices including saffron, cumin, coriander, ginger, red pepper…and cinnamon. These components with others, produce an enticing aroma as they are cooked in a clay plat with a cone-shaped top.

Thanks to its delicate flavor its exceptional nutritive virtues and the conviviality it creates, Moroccan Tajine celebrates its leadership in the world of gastronomy. Undoubtedly, the one who has just eaten a Moroccan couscous or Tajine, will yearn to sample once again other distinctive, flavoring and simmering dishes somewhere in a wide range of Moroccan restaurants and will ask for recipes to take them with him.