A university dean on trial for slapping a female student wearing a full-face veil saw his case postponed on Thursday, but the charges against him were toughened and he faces five years in jail if convicted.

An AFP reporter in court said the proceedings against Habib Kazdaghli, dean of the faculty of arts, letters and humanities at Manouba University outside Tunis, were postponed until October 25.

But instead of facing only 15 days in jail for simple assault, he could now be sent to prison for five years after the charge was changed to one of violence committed by an official while carrying out his duties.

On the eve of Thursday’s hearing, Kazdaghli called the proceedings an attack on freedoms, telling AFP the case was the latest confrontation between his faculty and Salafist Muslims.

Kazdaghli said the student who lodged a complaint against him was expelled from his faculty for six months because she had refused to remove her veil, known as a niqab.

“This trial is not just about me, it is aimed at all those who defend academic freedoms and who promote the respect of educational rules,” he said.

Kazdaghli has the support of university staff and trade unionists who have spoken out against the trial.

A committee that defends university values and academic freedoms issued a statement saying Kazdaghli “is not the guilty party, he is the victim of aggression.”

On Thursday, surrounded by some 200 supporters outside the court, he slammed extremist Islamists.

“The people who dragged me here today are the same people who themselves attack personal freedoms and the national flag,” he charged.

“This case is a pretext to advance another agenda, of separating girls and boys in university,” he said. “This is not a vision of modernity. On trial today is the university, our bridge to the world and to progress.”

Manouba University, which has some 13,000 students, is considered a left-wing bastion in Tunisia.

It has been rocked by protests and weeks-long sit-ins after the university banned women from wearing the niqab over security concerns.

Earlier this year, six students were disciplined for wearing the niqab. 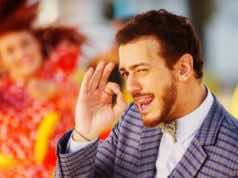 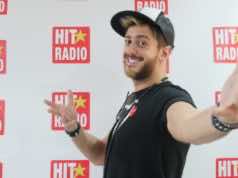