French investigators have released a final report into what caused the mid-Atlantic crash of a Rio-to-Paris Air France flight that killed 228 people in 2009.

The report, published on Thursday by the French aviation safety authority BEA, was eagerly awaited amid a bitter row between Airbus and Air France, over who should bear responsibility.

It blamed a combination of pilot error and faulty speed sensors. This was the finding of a preliminary report and also, according to a source, of a separate judicial inquiry to be released next week.

The report also recommended a series of actions on training and cockpit design to try to avoid a repeat of the disaster over the Atlantic that has pitted pilots against the maker of the plane.

The Airbus A330 vanished at night and during a storm on June 1, 2009. It took days before debris was located in the remote equatorial Atlantic Ocean area, and far longer until the wreckage was recovered.

The black boxes were finally located by robot submarines after a search spanning 23 months and costing about $40m.

The BEA in a preliminary report into the crash last July said the pilots had failed to react correctly when the Airbus jet stalled and lost altitude after its speed sensors froze up and failed.

The aircraft had entered turbulence two hours into the flight when the autopilot suddenly disengaged, it said. Shortly after, an instrument showed a sharp fall in airspeed and a stall warning sounded, indicating the plane was no longer being lifted by the air pushing under the wings.

As the two co-pilots struggled to understand the situation, the captain, who had left the cockpit to take a rest, returned but did not retake control of the plane, the BEA said last year.

Air France had insisted the pilots were not legally to be blamed, saying the stall alarm malfunctioned.

French magistrates are investigating Air France and Airbus for alleged manslaughter in connection with the crash, notably because of the malfunctioning speed sensors, known as Pitots.

On its Airbus planes, the airline replaced the Pitots, manufactured by French company Thales, with a newer model after the crash.

Victims’ families have previously alleged that the involvement of big French corporations such as Airbus and Air France was influencing the probe into the causes of the disaster.

“I spoke with one of the families of someone who died on the aircraft and they’re pretty pleased with what the report came up with,” said Al Jazeera’s Peter Sharp, reporting from Paris, citing the list of 42 recommendations.

A separate judicial report, due to be presented to victims’ families next Tuesday, also has concluded that both pilot error and malfunctioning speed sensors were responsible, a source said.

The source also said the 356-page judicial report had found that speed sensors froze up and failed, but also that the
“captain had failed in his duties” and “prevented the co-pilot from reacting”.

Air France defended the pilots, saying they had responded to confused and conflicting information, including multiple warnings and alarms, aerodynamic noises and vibrations.

“In this degraded environment, the crew, combining the competence of the captain and two co-pilots, remained fully engaged in flying the plane until the last moments,” the company said in a statement.

Cockpit recordings showed that the captain was taking a scheduled break when the aircraft hit a shower of ice particles at night during an equatorial storm over the ocean, with the least experienced of two co-pilots at the controls.

The investigation has centred on the actions of this pilot and questions over why the crew ignored repeated audible stall alarms, as well as protocols which may have discouraged the senior co-pilot ignoring assigned tasks and taking full control. 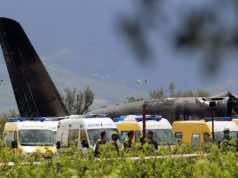 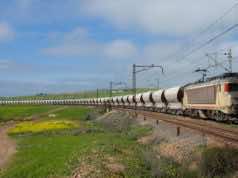