Casablanca - The statement of Mekhtar Laghzioui to the Arab television station Almayadin over sexual freedom caused him to be exposed to harsh criticism. 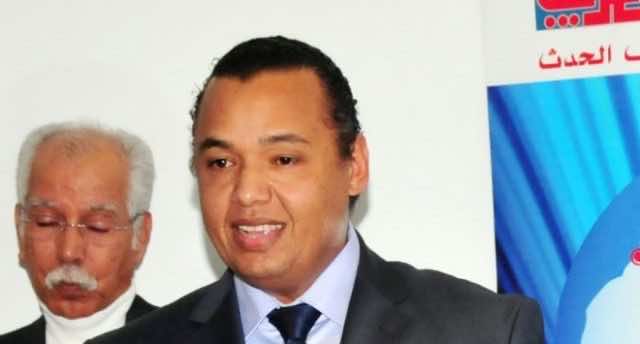 By
Jamal Saidi
-
Jamal Saidi is an English teacher.
Jul 7, 2012
Spread the love

Casablanca – The statement of Mekhtar Laghzioui to the Arab television station Almayadin over sexual freedom caused him to be exposed to harsh criticism.

Moukhtar El Ghzioui had said in a live interview with the above-mentioned Arab satellite channel that he has no objection that his mother, sister or daughter, has sex with a man outside of marriage. Laghzioui responded to his opponents in a letter entitled “How terrifying you are, Freedom! Here is an extract from his essay:

There is a group of people in Morocco that respond irrationally to the ideas I raised during an interview with the Arab television channel “Almayadin,” and with a logic which does not respect principles of dialogue. I intend not to let them be prey to disinformation of which they have been dangerously exposed recently.

I am a Moroccan Muslim until God decides otherwise. I give no right to anybody on the face of this earth to touch my religion or doubt in any way my relationship with my Creator, which is private and of no concern to anybody. It should not be subject to discussion nor should it be subject to doubt just because I defended individual freedom.

After I was asked the famous question during the interview about my family, I had two possible choices in my mind. The first was to make people happy and give an illusionary feeling that everything is under control. Thus I would respond: ‘It is not your business.’

Why do you talk about my family? I don’t accept involving my family in this issue.

The second was to be in favor of a victory for freedom and express my belief that freedom of every creature on the surface of the earth is his or her own property s/he would use it the way s/he wants, a matter which is indisputable.

I said I respect the freedom of my family to do whatever they see appropriate because I am truly free.

The real problem is that I didn’t invent anything. I said the truth that you know very well. The fact that, after all, everyone of us does whatever s/he wants of himself or herself to do, irrespective of the pressure, confines and restrictions we impose on him or her.

The most dangerous matter is that those who wanted to attack me did not find in the interview words that can justify their attack. They attributed to me a sentence that I have never said in my life.

I accept to be judged, or even hung in public square over words I said. But when it comes to what I have never uttered, you have to then confess that I was subject to great injustice, even if you disagree with what I said or expressed.

To lie in this battle is a weapon of the weak. I showed up with an uncovered face to defend freedom in its general sense. I talked about, among other things, political and economic freedom. The liars, who think of nothing but sex, picked up on only sexual freedom from my words. They found out that I did not say what would deserve this attack, they decided to tell lies and attribute to me what I did not say and would never say or think of.