Feminists in the world's largest democracy are angry about ads for a fairness cream for women's intimate parts. 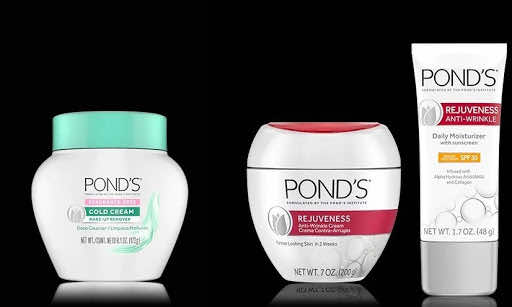 Feminists in the world’s largest democracy are angry about ads for a fairness cream for women’s intimate parts.

A recent Indian advertisement for Clean and Dry, a vaginal wash which promises women fairer private parts, has led to an outcry among many in the country.

The television ad shows a woman unhappy in the company of her husband, as he seems more interested in the morning paper than her. After a liberal use of the vaginal wash, the woman appears in shorts and beckons the man who swings her in his arms, suggesting happiness.

The tagline of the ad says: “Life for women will now be fresher, cleaner and more importantly fairer and more intimate.”

Blogs and tweets have decried the controversial advertisement, as have columnists and physicians. Rupa Subramanya, popular on Twitter, called the 25-second TV commercial, “the ultimate insult” to the Indian woman. Columnist Deepanjana Pal wrote, “While Fair and Lovely tapped in on our inherent racism with its early ad campaigns, the intent of products like whitening deodorants, moisturisers and ‘hygiene products’ seems more insidious now.”

Fair and Lovely is an Indian face cream that promises to make dark-skinned women more white. It has been a huge hit since its launch in the country in 1978. The product-makers said, “Indian women finally found hope in a tube,” and claim to have discovered the “skin lightening action of niacinamide” that led to the development of their product.

Since then, fairness creams and cosmetics have continued to rule the Indian market and many foreign national brands, including Revlon, Loreal and Garnier, have invaded the Indian cosmetic market with sun protection or skin whitening creams and lotions.Clean and Dry, priced at Rs 100 ($1.60), is considered to be more affordable than many of the foreign alternatives.

Alyque Padamsee, the Clean and Dry ad director, has told sections of the Indian media that the reaction to the ad is overrated. Defending the ad, he is reported to have said, “It is hard to deny that fairness creams often get social commentators and activists all worked up. Lipstick is used to make your lips redder, fairness cream is used to make you fairer – so what’s the problem?”

The problem, say social commentators, is that it presents a distorted view of beauty based on skin tone to the predominantly dark-skinned Indian woman. Even today in modern metropolises, the demand for fair-skinned brides is prominent in matrimonial columns in newspapers and on websites.

Vaseline, a comestics brand, tried to promote its fairness cream for men with a Facebook application designed to make their faces look more white. Bollywood actor Shah Rukh Khan has endorsed whitening products including Fair and Handsome cream, after shave and facial wash for men.

Doctors, for their part, warn fairness products can cause physical harm.

“We need to know the proper effect of such products that seem useless playing on fancy notions of beauty in the minds of women,” said Dr Sachin Dhawan, a well-known dermatologist and beauty consultant to many leading skin clinics in New Delhi and Gurgaon.

Many skin whitening or bleaching products may contain lightening agents such as hydroquinone and alpha hydroxy. “On sensitive skin these have the potential to cause irritation and allergic reactions after prolonged use in the intimate areas by women,” Dhawan said.

Dr Joyeeta Basu from Sitaram Bhartia Institute of Science and Research, New Delhi, said the long-term effects of whitening products are still unclear. “Studies have not been conducted over many years to study if these have harmful effects,” she said, “so [they] cannot be condemned conclusively for any toxicity until proven.”

The increased popularity of specialised products, including skin tone lotions and creams, and anti-ageing cosmetics has been attributed to the increase in the population of working women, growing disposable income among consumers and aggressive marketing and advertising.

“The protests [against whitening products] are small in number because Indian woman in both urban and rural areas of  have taken to cosmetics, cosmetic surgery and enhancement in a big way,” said Dr Dhawan.

While feminists and social commentators find an independent Indian woman’s need for “fairness” unfair, the soaring sales of fairness products tell another tale. Ammu Rao, a natural healing therapist in Gurgaon, a city near the capital New Delhi, isn’t averse to giving Clean and Dry a try. “If we need fairness for our faces, why not for down there?” she asks.

Whoever said beauty is only skin deep probably didn’t forsee the popularity of whitening creams in modern India.