Morocco’s approach to promote religious tolerance and fight all forms of extremism was highlighted during a conference on Tuesday in Washington.

Speaking at the conference, held by the Center for Naval Analyses, a non-profit institution that conducts research to inform public decision makers, participants said that Morocco’s strategic role could lay the basis for moderate Islam in North Africa and the Sahel.

In this respect, member of the board of directors of Foreign Policy Research Institute, Ahmed Charai pointed to reforms brought to the religious sphere in Morocco, adding the reforms spurred by HM King Mohammed VI were met with a popular endorsement.

Charai underscored the pertinence of Morocco’s reforms at a time the region is facing the threat of terrorism posed by Al Qaida in the Islamic Maghreb (AQIM). 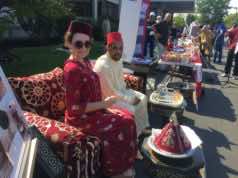