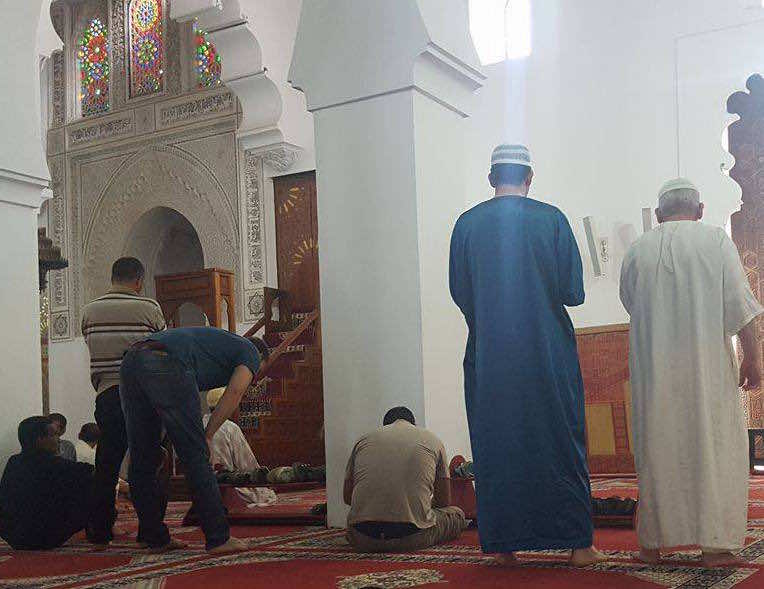 Beni Mellal – When we were so young, we used to make merry of the coming of the Blessed Month of Ramadan, “Sayyuduna Ramadan” as we invariably used to dub him.

Some of the momentous things we could do at that time, was to wait for the muezzin — a very middle aged person, chosen for his sweet-sounding voice — to call God’s servants to prayers. We wanted to break the hard fasting we could not support as children.

We started by praying earlier more or less like adults. We did not know much about the small and the big ablution, the major requisites of fasting and praying. We were so immune to some critiques made by some people a little bit older than ourselves.

We frequented the mosques not because we were slaves to “Harira” or to “Shabbakiya,” but mainly because something celestial drove us to fast — though our age made us somewhat exempted from it.

We loved Ramadan and Ramadan loved us.

Ramadan himself was like a master for us. He was teaching and preaching us many values of good conduct. Fasting and praying were our two companies during this month. Patience, another quality we had learned so earlier from Ramadan.

We could not misbehave, say bad words or insult each other in all circumstances because we were fasting. We knew what it meant to be fasting. We had to value such a religious practice and privilege prescribed for us from above.

Ramadan was the sacred month when angels descended to the earth to give the good servants a hand to fast. It was the month when the demons were handcuffed, and the time when all sorceries halted from practicing all evil. It was also the month when God’s mercy enclosed us for the great efforts we did whilst fasting.

In the evenings, almost all children ceased to play. They gathered together to gaze from afar at the minaret of the very towering mosque of our neighborhood. Likewise, they waited impatiently for the light to glitter from one lamp set above the minaret, so that they would inform their families that time for fasting had come to an end.

We should then eat, drink and celebrate this big festivity together with our families in utter intimacy and cordiality.

It was indeed a very noteworthy moment we relished very much.

Whenever we saw the imam, we would quarrel with each other for kissing his blessed hands. Kissing hands was not a problem for us. It was done in a spontaneous way. We strongly believed the imam’s hands were pure enough to cleanse our mouths from all earthly dirt.

The imam in turn used to greet us in a very friendly welcoming way before he continued his path to the mosque to lead the sunset prayers. He would pray for us along the way to the mosque, inquire about our parents and, amazingly, invite us kindly to the mosque to pray. He was a very unique person growing a small white beard, always tidy, pious and well dressed.

His favorite dressing style was a white djellaba, a white head’s cover and beautiful yellow slippers. These were items he purchased from Fez, or were given to him as gifts from some servants. We could notice that his tongue was moist with God’s remembrance. It was either he was reading some portions of the Quran or recalling God in beautiful formulas using a small chaplet for that.

Strangely, the ladies, who lived next to us, would stand by their modest houses to merely have a look at this honorable man. They would all keep watching him for a while give him a short greeting to show much esteem and admiration for him.

He could not fix his eyes on them. He walked majestically lowering his eyes to the ground.

Some ladies dared interrupt the imam to ask about certain vague issues they could not fathom especially in Ramadan. They asked for more clarification. The response of the imam was the same: a beautiful smile painted on his distinguished face.

If it happened that these ladies were sweeping the floor, they would all stop until the imam passed. He was neither arrogant nor pleased with himself; rather, he was a person paying much heed to his distinct outward appearance. His good interaction with people, his being so punctual at the mosque and his benevolent gestures made him likeable and pretty affable in our neighborhood.

The most beautiful experience we treasured was this unprecedented love we had for him. He was more than a father for us. He didn’t give us any coins or sweets, but we used to revere him very much. As a religious authority, symptomatic of devotion and sanctity, he would provide us with many wholesome pieces of advice, pray for us to be good believers in the future.

So peculiar to him, when he stood up to lead the prayers, he occasionally recited the Holy Quran varying the tone in a marvelous way. He switched to so many beautiful kinds of readings we badly longed for now, thereby vouchsafing us with awe and with a sweet spiritual aroma.

This imam has just died, but he left many sweet memories for us to now recall.