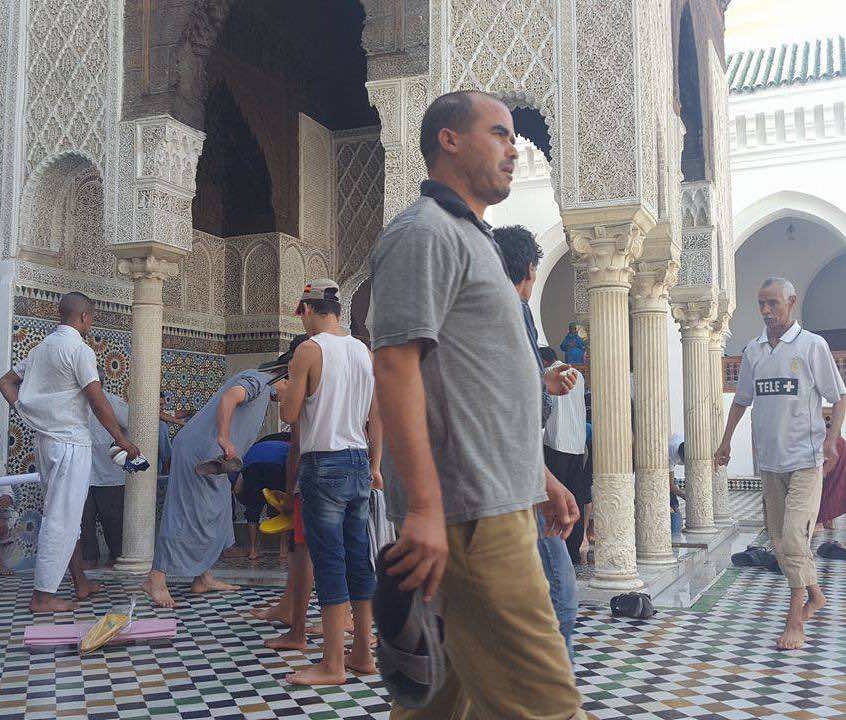 Kenitra – Ramadan is the holiest month in Islam. Allah imposed it on Muslims for the numberless physical, moral and spiritual benefits that can be achieved by fasting.

As such, Muslims are supposed to double their efforts to be closer to Allah during this holy month. He also wants people to work hard in this month, not to idle or play all day long. However, in Morocco, a lot of people do not observe this holy month as it should be done. Some like to play card-games instead of going to mosques, others go to night clubs, while some almost do nothing.

For some Moroccans, Ramadan is the best month or period to have fun and indulge in merriment or “Lqsara.” There is no harm in enjoying oneself at all, be it from a religious point of view or a moral one. However, the way some Moroccans –as well as millions of Arabs –enjoy themselves seems to be contradictory with the spirit of Ramadan. This is supposed to be the holiest month of the year and the month in which Allah expects us to worship Him more deeply than in the rest of the year.

In Morocco during Ramadan, some people spend the night at night clubs or “khaimats” (tents), places like cabarets where people can listen to music and watch belly dancing. Others watch Egyptian or Syrian soap operas all day as if Ramadan were a month for killing time. Some prefer to play cards after “Alfoutour” (breakfast) and do not bother to go to the mosque and pray “Tarawih.” A lot of “recreational activities” thrive in this month at the expense of religious ones.

What happens in Ramadan is a real paradox. Some people tend to enjoy “red nights” in Ramadan more than during the rest of the year. Some gamblers indulge in playing “Alaita,” a Moroccan card-game (form of gambling). This game, incidentally, has made thousands of people lose their money. During Ramadan a lot of people stay up just speaking about nothing. Cafés become full during this month: because for some people, fasting is like a kind of punishment, and once they break fast, they reward themselves by going out and sitting at cafés until midnight.

Is Ramadan a month of boxing? Some people become grumpy during Ramadan – before Alfoutour. I have always heard the expression “Mramdan” (angry because of not smoking or eating) in this month. Normally, this expression is used only for drug addicts who suffer in this month unless they have strong wills. Still, even normal people have their share of grumpiness during Ramadan. For instance, one will see people fighting in “souks,” bus stations, public places and so forth. I will not exaggerate if I say that fighting becomes rather rife in this holy month.  Ironically, a lot of people behave as if they were fasting for the first time and give free rein to their anger and fury. Indeed, others prefer to spend this month the other way around.

Some Moroccans spend Ramadan in the shade. A lot of them consider this month a good period to take some rest and sleep in. I have heard about some people – namely those addicted to smoking hashish—who do not wake up until “Alfoutour.” Once “the Athan” of sunset starts, they wake up and sit at the table to break their fast. They go immediately after breaking fast to cafés to “relax.” Others, who are not much different from the former category, like to watch Ramadan programs, series, sit-coms etc. They become couch potatoes in this month.

Moroccans are known for observing Ramadan with enthusiasm and eagerness to enjoy the blessings, rewards and repentance that comes with it. Yet, some people seem to misunderstand the rationale behind the holy month. They do things that should be cut down on in this month or not done at all. Indeed, Ramadan is a month in which Muslims should work as usual, go to the mosque, give more charity and read the Quran, among many other things. As for having fun, watching TV, playing games or sitting in cafes is not a crime or sin, but should be done moderately. Associating Ramadan with going to “Khaimats” to watch belly dance, playing cards or suchlike activities deprives one of enjoying the grandeur of Ramadan. This latter is a school wherein Muslims, regardless of their cultural or educational backgrounds, are expected to learn a lot.