Rabat - A number of recent protests and demonstrations across the Arab world have now been referred to and known as 'the Arab Spring' even though some of the participants are not originally Arabs. 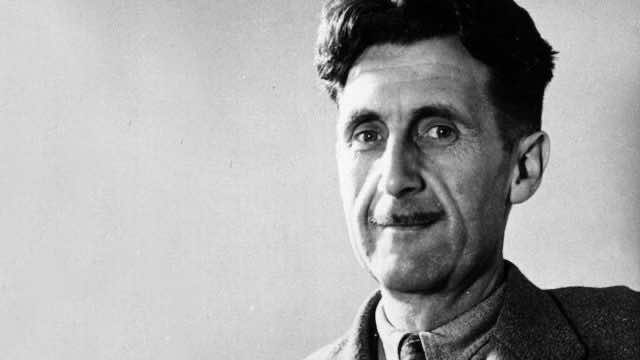 Rabat – A number of recent protests and demonstrations across the Arab world have now been referred to and known as ‘the Arab Spring’ even though some of the participants are not originally Arabs.

It was brought about by the first protests in Tunisia on December 18th, 2010 in Sidi Bouzid when Mohamed Bouazizi, an impoverished vegetable vendor, set fire to himself in public. Bouaziz’s self-immolation has come as a reaction against pervasive ill-treatment, police corruption, economic precarity and unemployment. The success of the uprisings in Tunisia has led Egypt, Libya, Syria, and Yemen to react in the same manner, (Jimmy Wales, Larry Sanger).

Friday afternoon prayers are often organized and seen as days of protest. The protesters across the Arab world have overthrown four presidents so far. Tunisian President Ben Ali escaped to Saudi Arabia just in time. Egyptian Hussni Mubarak resigned by force. The Libyan leader Muammar Gaddafi was overthrown and immediately killed. Yemeni President Ali Saleh signed a power-transfer deal. Several other uprisings are still sparked, but to a lesser extent in other Arab countries, such as Morocco, Algeria, Jordan, and so forth. In short, the Arab Spring is now known around the world as the independent, democratic uprisings across the Arab world in 2011, (Jimmy Wales, Larry Sanger) .

Animal Farm, a well-known novel by George Orwell, prophesies the remarkable changes in question through human history. The novel takes the form of an imaginary fairy tale and an allegorical fable as well. It tells of a story where animals decide to revolt against Man, their tyrannical master. Old Major, the wisest and most respectable pig of Manor Farm, once has a dream and invites all the animals on the farm to attend a meeting where he is going to deliver his speech on this dream. He tells them about the way to a dignified life for all animals. Major, then, encourages them to rebel against Mr. Jones, their vindictive drunkard master.

More hopeful and motivated than ever before, animals seize the opportunity of Old Major’s death to oust Jones and his men from the farm once and for all and give the farm the name of Animal Farm (Orwell).

In the process, the pigs, the smartest of all animals, run the farm administration and write the Seven Commandments of Animalism. Despite competing for leadership, the boars, Napoleon and Snowball, work hard to prevent Jones from coming back to the farm. Napoleon and Snowball argue about the project of the windmill, a supposed means for a better life. The living conditions of the animals unexpectedly worsen, especially that pigs and dogs, the proposed leaders on the farm, produce nothing.

Pigs modify the Commandments to justify their malicious actions. Pigs threaten other ordinary animals with the return of Mr Jones if they utter any complaint. Napoleon executes several pigs and other animals as scapegoats for treachery. Napoleon, then, becomes “Leader.” He indulges in business deals with human beings. The pigs benefit from many deals, while the working animals starve. The Commandment, “All animals are equal” has been transformed to “All animals are equal, but some animals are more equal than others”. And the story ends (Orwell) .

If George Orwell had lived to see the Arab Spring, he would undoubtedly have felt that his novel Animal Farm had done its purpose to draw the oppressed, working people’s attention to the injustices and disservices done to them by their elected, oppressing leaders and to learn from their mistakes (Dickey). The real story of the Arab Spring has so much in common with the fictional story of Animal Farm, particularly with regard to the causes that have sparked the revolutions in both stories, the slogans chanted, the spread rumors, the banners held and the way the revolutions usually come to an end, and so forth. In Animal Farm, George Orwell unknowingly succeeded in prophesying about all that is currently occurring across the Arab world. He can indeed be deemed a futurist in many respects. For instance, Old Major, a principal character in the novel, isn’t different from the Tunisian Mohamed Bouazizi in that both in their own different ways sparked revolutions, both conveyed revolutionary messages and both alerted the working classes (Dickey).

Before Major’s death in the story, he delivers an inspiring speech in which he calls for all the working animals to protest against the policy of underfeeding and overworking, against ill treatment, against exploitation of the animals’ productivity for the sake of Mr. Jones’ welfare, and against many other inhumane and callous injustices. Similarly, when Bouazizi set fire to himself in Tunisia in 2010, his self-immolation, due to exaggerated ill treatment, is a clear sign that all the Arab working classes must revolt against the dictators that govern them.

Bouazizi died, but his followers, like those of Old Major, have taken to the street in thousands in Tunisia, Egypt, Libya, Syria, and Yemen to demonstrate against pervasive corruption, abject poverty, government negligence, dictatorship and all other forms of oppression. Both Mohamed Bouaziz’s self-immolation and Old Major’s speech on Manor Farm instilled in the oppressed the charisma to reclaim their rights, to lead a dignified life, and to spark revolutions, one after another, until welfare and dignified livelihood are attained and secured for the rest of their lives.

Encouraged by their role models, Old Major and Bouazizi, both animals and ordinary Arab people respectively drove their tyrannical leaders and forced them to step down. Their tenacity has paid off when they have made their revolution a success at last. Like Mr. Jones, owner of Manor Farm, Tunisian Ben Ali fled as soon as he saw all Tunisians revolting against him. In emulation, Libyans killed their dictator, Gaddafi; Egyptians forced the tyrant Mubarak to step down.

Through their undaunted protests, Yemenis forced their leader Saleh to sign a power-transfer deal. In other words, people, the oppressed in particular, in the Arab world, like animals on Manor Farm, succeeded and went down history for their unprecedented revolutions. The “Tahrir Square” in Egypt where protesters and sheikhs deliver their speeches about success every Friday afternoon is similar to the barn where animals hold meetings about issues related to the farm. The goal of both meetings that of Egyptians and animals, is to keep track of the progress they have made so far, (Shaub).

Notwithstanding, some questions remain unanswered: Have the Arab uprisings led to the intended result, that of making the lives of the working classes across the Arab world better just as animals try to do the same on the farm? Have the Arab protesters unanimously agreed upon bringing peace to their home countries just as animals in the fairy tale have desperately tried to throughout the events of Animal Farm?

In spite of having one purpose in mind during the first days of the revolution, have the Arab parties competed for leadership in the same way as Napoleon and Snowball did when they set to build the windmill? Alternatively, oppositions have emerged, and some Arab protesters are fighting one another despite the aim of toppling dictators was once their common denominator. Pigs and other animals too fight one another, and some animals are even executed and banished. To parody the altered commandment towards the end of Animal Farm, it goes without saying that all Arabs, like animals, are equal, but some Arabs are more equal than others, (Dickey).

Referring to Animal Farmas a novel prophesying the Arab Spring, it doesn’t necessarily mean that Orwell meant the prophecy in question when he put pen to paper. Orwell’s Animal Farm simply prophesies any revolution, be it Arab or European. In other words, the novel is of all time. Orwell’s legacy doesn’t necessarily prophesy the Arab Spring, either. The bottom line is that readers of the novel and observers of the events of the Arab Spring will certainly come to the conclusion that Orwell wrote Animal Farm so brilliantly as though he had prophesied the current Arab revolutions, particularly that the two revolutions, “the Arab Spring” and the one fictionalized in the novel, have so much in common. 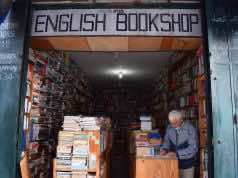 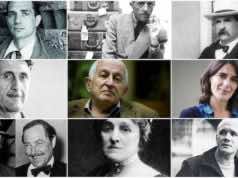