On Monday night, Saudi Arabia, as president of the Arab Group at the United Nations, began circulation of a draft resolution to the 193 member states of the UN General Assembly.  A vote is scheduled for it on Thursday at the General Assembly at 10 a.m. (EST).

The draft is the outcome of a League of Arab States resolution adopted on July 22 in Doha. The resolution, adopted by the regional organization, mandated the Arab Group at the UN to submit a resolution for consideration at the General Assembly, following the double veto by Russia and China at the Security Council three days earlier.

Highlights of the Arab Group resolution now under consideration in the UN General Assembly, include calling for the international community to adopt similar Arab League sanctions against the Syrian government and welcoming the 22 July League of Arab State resolution, signaling out the provision that appeals for Assad to step down. In addition, the draft “deplore[s] Security Council failure to agree to measures to ensure the Syrian authorities’ compliance with its decisions.”

As one diplomat noted, the use of ‘deplore’ in diplomatic parlance is one of the strongest possible terms of criticism. In particular, the rebuke appears directed at Russia and China, which have now vetoed three Security Council resolutions on Syria.

General Assembly resolutions are not legally binding, as opposed to Security Council resolutions but because they are adopted in the one UN body that represents the entire UN membership, they can have strong political significance.  While the General Assembly often seeks to adopt resolutions by consensus, a simple majority vote is all that is required for adoption, and there exists no veto power. 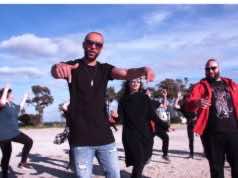