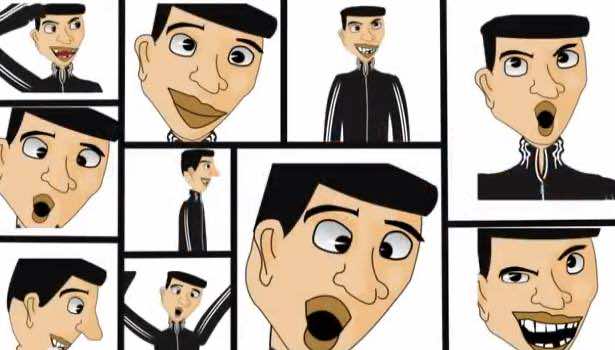 Rabat – Facebook is the epitome of the Internet use in our era. According to the free encyclopedia, Wikipedia, Facebook is used by more than 900 million users.

It has become a virtual arena where almost all kinds of relations, conflicts and discourses are projected and shaped. Given the immensity of its popularity, this social network has attracted the attention of the illuminati of all fields and led to the rise of more worries and new disciplines.

This is because many social, political, religious and cultural issues are being grappled with facebookily. A case in point is the idea of ‘Bouzabal’ and its repercussions within the Moroccan society. This page attracts thousands of facebook users everyday. Thus, in this article I shall reflect on some issues that came to life as a result of the importance of some underlying reasons behind this popularity.

Almost in every mythical or real anecdote about princes there is an ever-recurring aspect of specialty in terms not only of character, taste, and personality but also in terms of look. The prince is usually portrayed as a romantic character whose beauty goes hand in hand with the social status conferred on him. It is deeply rooted in the human mind that a prince is by virtue handsome, charming and enticing. Beauty’s value in this very specific context is no more than an attempt to underpin the underlying idea of being enviable .The surveyed and surveyor, using John Berger’s words differently, is not at the same footing and thus the surveyor overvalues the surveyed and upgrades his status to a higher rank based on personal perception.

The picture used to represent Bouzabal in facebook is very telling. It is multifaceted signified can be deconstructed along three dimensions. Firstly, the picture’s denotative meaning stems from the prevailing idea that Bouzabal, which can be roughly translated as trashy, is by nature ugly. Ugliness is presented to the viewer not to inform about how a bouzabal might look like, but to reinforce a commonly held belief supported by the unquestioned shared background. In other words, repeated experiences of ugliness and beauty are associated on account of similarity; hence a double tendency to merge and at the same time two values, to which a name is attached, is what leads the viewers to remain staunch in their personal convictions of beauty and ugliness.

Secondly, the image can be approached along the lines of a semiotic system of beauty perception. The crooked teeth, the almost googly eyes, the grotesque nose and the haircut are all signifiers, when put together, form another signifier whose signified are multiple. Low social status, ingnorance, despecablity, tactlessness, stupidity, passivity, perverseness, wickedness, and many other signified that can’t be fully accounted for since the perception of the picture takes place in the viewers mind that integrates such perception into previous perceptions.

Bouzabal’s portrait stands for ugliness because beauty is a value which is, as commonly held, the antithesis of being trashy. The virtual onlooker is presented with an image that induces feelings of superiority and immunity against social mockery. Bouzabal account on facebook attracts hundreds of fans because ‘beauty […] is a value; it cannot be conceived as an independent existence which affects our senses and which we consequently perceive. It exists in perception, and cannot exist otherwise.’ As the Spanish philosopher George Santayana contended in ‘The Sense of Beauty.’

Thirdly, the caption or the label given to the image, Bouzabal, is like an anchor that keeps the image meanings vacillates but within a specific confines already known and shared by the encoder and the decoder. The word bouzabal’s meaning is being translocated along two major lines. First, the word as a part of a ‘system and institution’ that is not amenable to change from a single individual.

Everybody knows what bouzabal means, how and when to use it. Second, as a an individual act of selection and actualization; it is made in the first place of the ‘combination thanks to which the speaking subject can use the code of the language with a view to expressing his personal thoughts,’ as Bathes pointed out in ‘Elements of Semiology’ it is this individual articulation that most matters.

The individual and the collective disparagement of Bouzabal is not always similar despite the generally induced discourse the image emanates: Bouzabal is socially unaccepted. Being ugly and yet admired fulfills some psychological needs to compensate for being oppressed.