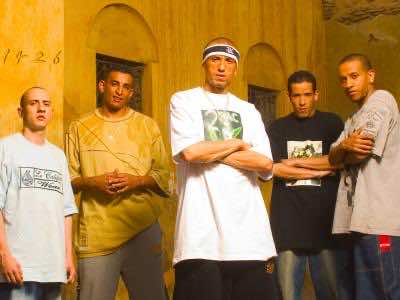 Casablanca – Marx’s widely-known social stratification that divides social classes into two major groupings has known a remarkable shift. The Marxist division of those who own the means of production and the proletariat is no longer too reliable, as it used to be, to describe class structures and the kinds of conflicts that usually rise to the surface.

Bouzabal, who stands for the proletariat in Morocco, is an instance of a real social conflict that is so kaleidoscopic that it entails a close scrutiny, both in the virtual and the real world. Equated to a ‘proletarian ‘, bouzabal’s resonance in the alarmingly materialistic-oriented Moroccan subconscious stands for the hoi polli, the less significant, the propertyless who must sell their labor to survive like any peasant under the bloody and heavy-handed communist rule or any serf in the feudal system.

As a sample of a large number of have-nots whose number is on the increase in Morocco and elsewhere, Bouzabal stands for this complex and internal class conflict change. This shift that has become so conspicuous recently has made a change, too, to the notion of class markers. The latter are no longer identifiable through the ownership of the means of production but through the ownership of ‘titles of nobility’ and ‘marks of infamy’,using Bourdieu terms. This notion of titles of nobility can range from income to education to lifestyles to the simplest casual mannerisms.

Bouzabal is a term made at the disposition of those who think that they are the worthy. It is used both to describe a given category of people within society and to voice the shared belief of affiliation that can acquiescently divide people into two classes: the trashy and the worthy. The conflict between these two actors- whose sense of self-identity rests on the belief that they belong to different classes- is oriented to the recognition of the same interests and advantages, not to the direct possession of the means of production.

To make the notion of conflict clearer, consider the recently coined word ‘Killimini.’ The latter has been recently coined to label ‘the worthy.’ Three Arabic words were blended to make the term killimini. We have /akala/ which literally means ‘to eat’ and the phrase /minni / which can be translated verbatim as ‘from me.’ Thus, kilimini means ‘akala mini’ or, literally speaking, ‘he eats from me’ which can be domesticated to the English reader as ‘he embezzeles my money’ or simply ‘a public funds embezzler.’

The Bouzabal-Killimini dichotomy is a real indicator that the Moroccan social consciousness and social being are set up within the confines of what Marx called the economic structure of society’ or what is commonly known in Marxism as the economic ‘base.’ It is this base that lead to the emergence of such dichotomies like the trashy and the worthy.

As a matter of fact, the notion of Bouzaba and Killimini, despite using the latter to express objection to nepotism, favoritism and the public funds embezzlement, defines the kind of the state and its political, cultural, social, educational and aesthetic orientations.

Thus, it becomes clear that Killimni is an attempt to question some strands of meaning that have been ascendant throughout many years. Despite being a vulgar and indecisive character, Bouzabal is exploited to question the process of making, asserting and reproducing some authoritative set of meanings, ideologies and practices that are the sinews that bind hegemonic beliefs and ideological agendas together.

The bouzabal-killimini dichotomy is no more that a symptom of a latent social change. This change takes place at many levels, especially at the level of social beingness and power claims. It is true that wealth is not always a decisive determinant of status since there is a considerable difference between old money and new money. However, the Bouzabal idea hinges heavily on absence of wealth.

The accent, the lifestyle and many other indicators reveal that the creator of the personae did nothing but moved Bouzabal from reality to virtuality and allows thousands of Bouzabal to lead a double and parallel life on the screen quoting the brilliant Shery Turkle. Reality is laden with many unverified ideas and beliefs that Moroccans blindly cling to. The virtual presence of Bouzabal, instead of demystifying such ideas and beliefs, it has buttressed them.