The deficit in Morocco’s balance of trade deteriorated anew in 2011, standing at 184 billion dirhams, 23% of GDP, as against 19.4% a year earlier, according to the central bank (Bank Al-Maghrib).

The result, which was negatively impacted amid a slackening world growth since the second quarter, is due to a 20.1% rise in imports compared to a less important rise of 16.3% in exports, the bank said in its annual report for 2011 released on Friday. 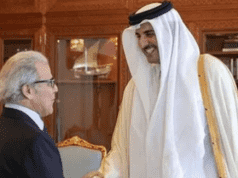