Rabat - Passing by a movie theater in Rabat, I saw several teenagers chatting; others had tears in their eyes. Curious as everyone, I went to see what’s going on. The theatre was overcrowded with teenage girls and boys, who came specifically to watch Shah Rukh Khan film “Veer Zara.” 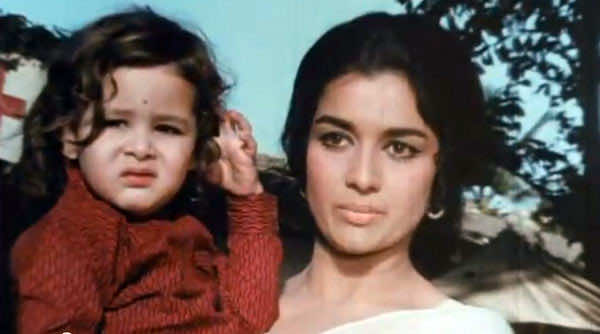 By
Karima Rhanem
-
Karima Rhanem is a Moroccan multi-award winner with more than 18 years’ experience in Public Policy, strategic and digital communication, and diplomacy
Aug 14, 2012
Spread the love

Rabat – Passing by a movie theater in Rabat, I saw several teenagers chatting; others had tears in their eyes. Curious as everyone, I went to see what’s going on. The theatre was overcrowded with teenage girls and boys, who came specifically to watch Shah Rukh Khan film “Veer Zara.”

Yasmine, 15, a high school student, left the cinema hall crying. She is, like many girls of her age, inspired by the story of the film.

“I have never seen such an interesting Indian film like this before. The story makes you cry and laugh at the same time. The film director dealt wisely with the political conflict between India and Pakistan,” said Yasmine.

Teenage Moroccans, especially girls are attracted to Indian movies, not only because of the story, but also because of the music and dancing shows projected during the film.

America isn’t the only country that knows how to spin and export fantasies. India’s pop culture is huge. Bollywood has millions of non-Indian fans in the Mideast, Africa and Southeast Asia, too.

Indian movies’ dreamily suggestive dance numbers (Indian censors don’t allow sex) go over well in many conservative societies. Given the choice between a “Steve Martin” divorce comedy and a musical about the virtues of God and family, Arabs, Africans and Southeast Asians often choose the latter.

“Indian movies are feel-good, all-happy-in-the-end, tender love stories with lots of songs and dances,” said Maria, 18, a university student. “That’s what attracts non-Indian audiences across the world,” she added.

Mumbai directors, on their part, admit that they are adjusting their traditional, romantic themes slightly to new foreign audiences and changing tastes of overseas Indian audiences; but they insist that the soul of Indian pop culture will remain unchanged, despite all the money and foreign interest.

Bollywood already sells around 6 billion tickets a year—with about 15 percent sold overseas. And the profits just keep going up.

Teenagers in the cinema hall did not stop repeating quotes of actors in the film. Nizar, 17, said that he was very touched by the way the film dealt with the Indo-Pakistani conflict, and the situation of women in Pakistan.

“I am deeply touched by the story, I don’t usually go to Bollywood movies, I am more a fan of Turkish soap operas, but this one is just wonderful,” he said.

Veer Zara tells the story of Veer Pratap Singh (Shah Rukh Khan) who has been in jail for 22 years. Saamiya Siddiqui [Rani Mukerji], a Pakistani lawyer, comes to know about the man who is languished in a Pakistan jail cell for 22 years and has spoken to nobody.

Saamiya was shocked to know his conditions and decided to help him. As a first step, she wanted to find the truth about this man, what happened to him and to his love Zara.

She challenged all the obstacles she faced to prove to her late father, to the cruel prosecution lawyer (Anupam Kher) with whom she worked before, and to the whole Pakistani society that a woman could do better, even in jobs usually dominated by men.

The story of Veer Zara actually starts from this scene, when Saamiya pushed Veer to speak by calling him by his real name for the first time after 22 years. Only then Veer felt the need to tell his story to Saamiya. The movie began with a flashback citing memories of Veer and how he came to be in jail.

The beginning of the movie was routine and there were dozens of songs in the first half. However, the scenes developed gradually to provide the audience with a different experience. The screenplay never let you down. New characters keep entering whenever the film tends to stagnate and rejuvenate the proceedings.

Veer Pratap Singh used to be a rescue pilot with the Indian Air Force. He loved life and was always out to help others. One fine day Shah Rukh Khan met ‘Zara’, the daughter of an influential Pakistani politician (Boman Irani).

Zara was a simple girl, who was ready to marry the man of her parent’s choice, Raza [Manoj Bajpai]. She came to India to fulfill her surrogate Hindu mother ‘Bibi’s [Zohra Segal] last wish: To immerse her ashes in the holy river.

The bus in which she was traveling had an accident, and Veer Pratap saved her life. They soon became friends and slowly fall in love with each other.

Zara, then, accompanied Veer to see the place where he grew up (Punjab). His uncle (Amitabh Bachchan) and aunt (Hema Malini), who have raised Veer (he’s an orphan), also liked Zara very much.

Veer accompanied Zara to Atari Railway station to drop her to Pakistan and decided to confess his love to her. However, he realized that Zara would soon get married to Raza Shirazi (Manoj Bajpai), who was waiting for her at the station. Nonetheless, Veer expressed his love to her and told her that he would give up his life for her anytime.

While in Lahore, Zara found it difficult to forget Veer. Her maid Shabbo (Divya Dutta) called Veer in India and explained the situation to him.

Veer, then, gave up his job and went to Lahore. He met Zara in the presence of her family and her prospective in-laws. Raza (her fiancé) still wanted to marry her for his political future. Zara’s father was shocked when he knew about Veer-Zara’s relationship, and fell sick. At this point, Mariam (Kiron Kher), Zara’s mother went to beg Veer to return to India and to forget about Zara.

Veer accepted to leave after a dramatic scene, which was one of the touchiest moments in the film. However, as he entered the bus, Pakistani policemen arrested him under false charges of spying. Veer’s arrest was under the instructions of Raza, who wanted to make Veer pay for ruining his life by pushing him to get married to a woman who did not love him.

The bus where Veer was supposed to take had a dangerous accident, and all the passengers died. Zara thought that Veer died in the accident. So, she asked for divorce and went to India to live with Veer’s uncle and aunt in Punjab.

Saamiya traveled to India and brought Zara to Lahore, where she met her love after 22 years. Saamiya won her case as a lawyer, and Veer received an official apology from the Pakistani court, and was allowed to used his real name and go back to India.

The last scene of the film shows Veer (the Hindu) marrying Zara (the Muslim), abiding with the Indian tradition. Veer and Zara went together hand in hand to cross the Indian Pakistani borders, with a hope of living peacefully for the rest of their lives.

Shah Rukh, in this movie, acted brilliantly when he transformed himself from a 20 air force pilot into a 50 year old prisoner (the constantly ventures into flashback and present).

Veer Zara’s story is not about an impossible marriage between Hindu and Muslims, because there is no opposition in that. Rather, the movie is about the Indo-Pakistani friendship.