Egypt’s security forces exchanged fire on Tuesday with militants in the Sinai peninsula, sources said, as the military continued its campaign against Islamists in the lawless region.

A patrol comprising army soldiers and police came under attack from unidentified gunmen and fired back, the security sources said, adding that there were no casualties or arrests reported.

The clash comes as Egyptian security forces continue to hunt militants in Sinai following an August 5 attack on an army outpost which killed 16 soldiers.

The army has strengthened its presence in Sinai, sending helicopters and tanks in pursuit of Islamist extremists believed to be behind the August 5 attack.

Security officials said they found chemicals used to make explosives, rocket-propelled grenades and machineguns with the militants in El-Jurah village. One of the gunmen was seriously wounded, they said.

In the wake of the attack on the army outpost, President Mohamed Morsi dismissed his powerful defence minister, replaced his spy chief and sacked top security and political officials in the Sinai.

He also scrapped a constitutional document that gave the military legislative and other powers. 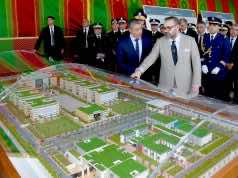