Morocco World News
Home Opinion Witchcraft: A Stigma in the Reputation of Morocco 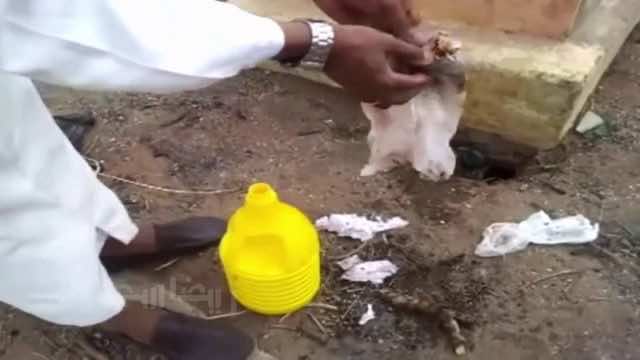 Marrakech – Morocco, beside being a destination for those who want to enjoy its sunny weather, the hospitality of its people, the beauty of its nature, among many other attractions, it is becoming related more and more to witchcraft, locally and globally.

Recently, many Arab and Non-Arab TV stations have become interested in knowing about the “miracles” they hear Moroccan sorcerers claim to achieve. Unfortunately, this is due to the fact that witchcraft in Morocco has been spreading rapidly to the extent that some people, from inside and outside Morocco, travel for many hours just to reach a certain “famous” witchdoctor who would help them make the impossible happen.

To understand the reason behind this infamous reputation, let us take a close look at the depths of this matter.

People turn to witchcraft for different purposes; some resort to it in order to make their spouses love them and stay faithful to them, keep their enemies away, or reverse the evil eye’s effect on them and stay immune from it. Others resort to it to hurt other people by breaking them up with their loved ones, standing in their way of finding a job, or simply stripping away their well-being. However, the reasons why they even consider turning to black magic is the lack of faith in destiny and the fact that their consciousness is darkened with jealousy, hatred and greed.

These clients, as sorcerers like to call them since witchcraft has become a flourishing business, are so blinded by their desperate desires to achieve certain goals that they do not care about the means used in the process, and justify their dreadful acts by saying: “The end justifies the means”, and it does not matter who gets hurt in the process. And of course, sorcerers seize this opportunity to con anyone who seeks refuge in them by filling their heads with empty promises of a near realization of their dreams for a simple amount of money that will undoubtedly increase every session.

The ingredients which these witchdoctors use vary according to the needs of every client, but one that is used in almost every spell is lead. They cook it in a frying pan with some olive oil if the person to whom the spell is intended is dark skinned as opposed to vegetable oil if the person is light skinned, then it becomes ready to be used as base material for every spell in order to work. These witchdoctors scam their clients into believing that if there appears to be any dark holes inside the lead as it melts, then an evil spell is put against them and they need to protect themselves from it, from now on, by making regular visits to the witchdoctors.

However, something crucial that anyone who considers believing such scammers needs to know is that when lead boils, it is only normal that it shrinks while black holes appear inside it throughout this process before it melts completely. This is a mere physical change and has nothing to do with one’s present, past or future.

Nonetheless, there is still a considerable number of people who refuse to doubt these acts and back their beliefs with the results they see happen and that the sorcerers promised them. Of course, no one denies that black magic does exist; there is even a Hadith by Prophet Mohammad (pbuh) which confirms this and even prescribes a simple remedy to it.  The Hadith goes as follows: “He who eats seven Ajwa dates every morning, will not be affected by poison or magic on the day he eats them.”

There is also another interpretation to the fact that sometimes the clairvoyant’s premonitions do take place, which is simply that whatever happened and made the clients believe these scammers was meant to take place all along and they just failed to patiently wait for it.

One other thing that attracted my attention when immersing in my quest to find some answers about witchcraft in Morocco shows the schizophrenia of such scammers alongside their clients. The formers keep mentioning the name of God while preparing the spells and convince the latter that God will help them realize their wishes if and only if they follow the orders they have been given. Haven’t they heard of the following Hadith by Prophet Mohammad (pbuh): “Whoever goes to a fortuneteller or soothsayer and believes in him, then he has disbelieved in what was revealed to Muhammad.”

This Hadith clearly puts both parties in the category of disbelievers, because preparing spells and predicting the future both involve conjuring spirits, and endangering innocent people, which is unquestionably against Islamic principles.

So how can they still use the name of God in order to reach their heinous goals? The way I see it: This is a form of schizophrenia that they need to be treated for, before going to jail for such monstrous actions.

Surprisingly enough, we seldom hear of sorcerers and their customers facing legal justice and put behind bars, even though they plainly admit to hurting others and carry out in the open such illegal practices and do not even bother to hide.

I chose to end this article with a question that keeps hunting me day and night, and I leave it to you to answer it.

My question is: why? Why aren’t the authorities preventing such practices from encroaching in our society, polluting its reputation and hurting its inhabitants?

© Morocco World News. All Rights Reserved.  This material may not be published, rewritten or redistributed