The Maghreban community living in Canada denounces in the strongest terms the decision of the Canadian Embassy in Rabat to deny visa entry to the Moroccan beach soccer team, which was supposed to take part in an international tournament scheduled to take place in Montreal from 17 to 19 August.

To voice its indignation towards the “humiliating” decision of the Canadian authorities, the Maghreban community is due to organize a sit-in on Friday at 5 pm local time (9pm GMT) in front of the Uniprix Stadium, which will host the competition.

“We, Canadian citizens of North African origin, categorically condemn this decision which is detrimental to our image and dignity,” Rachid Najahi chief operating officer at Atlas media, who is among the organizers of the protest, told Morocco World News.

“We want to express to the Canadian authorities our utter indignation towards its Apartheid-like decision,” added Mr. Najahi.

In an unprecedented move, the Canadian Embassy in Rabat denied entry visa to the members of the Moroccan beach soccer team on the grounds that the latter may stay in the North American country after the end of the tournament.

The Moroccan team was due to play its first match against Italy on Friday.

Up until now, there is still no reaction from the Moroccan Federation of Football or from the Ministry of Foreign Affairs.

© Morocco World News. All Rights Reserved.  This material may not be published, rewritten or redistributed 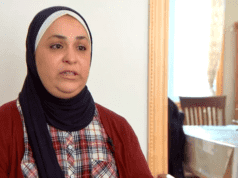