A media literate is an activist who moves from what is superficial to dive in subtleties. Media literacy is a stage where people deconstruct texts–the notion of ‘text’ refers to anything that transmits meanings, be it written, visual or pictorial–to reconstruct them according to what they believe in to be correct. Bearing in mind that in the postmodern world the image is more powerful than written text, the media plays mainly on visual texts to orient the audience towards certain predetermined interests.

An image may represent many different meanings. Yet, these meanings could be arranged in three categories: denotation (first meaning) connotation (second meaning) and myth. The third category was coined by Roland Barthes (1977) to stand for meanings that are culturally-bound. What is profane or holy to a culture may not hold the same value for different cultures. In order to understand what is Haram, for instance, in Muslim communities a person should at least live two years to grasp what is Haram and what is Halal. In so doing, you will move from being a layman to an anthropologist. In media, realities are mythologized to create the so-called “Media Culture.”

Media Culture is a virtual world created by capitalist media owners. The Frankfurt scholars expressed pessimistic and strong attitudes towards such a world. ‘Culture Industry’ is a notion which epitomizes their disapproval to media outlets: “A publication or a broadcast program that provides news and feature stories to the public through various distribution channels”. Under the premise that consumption brings happiness, media enterprises tailor products according to the specific needs and interests of particular consumers. To put it differently, media owners research to learn exactly what people want and desire to consume. In so doing, media sell lifestyles and create models to be followed. According to the Objectification Theory, the dehumanization of people figures prominently in dismantling them into pieces as a way to render each piece a commodity that is bought and sold in the market just like any other product.

Media coverage constructs realities through two main strategies as Roland Barthes (1977) contended. Both of these strategies have a psychological effect in persuading people of what to do. Anchorage is about orienting people towards an already constructed ideology. It is about placing a small written text (caption) under or beside an image to move the audience from generalities towards specificities; that is, it provides a link between an image and its context. Relay, on the other hand, is a strategy that opens up multiple interpretations of a message; in other words, it is a reciprocal relation between a text and an image.

Media literacy goes through three main levels; it ranges from basics, intermediate to the advanced stage. The basic stage is about understanding media texts–what you see and hear. An analyst reaches the intermediate level when they know how messages are created. Lastly, the advanced level is when an analyst interprets, analyzes and examines not only texts but sub-texts. This is about certain latent or hidden ideologies that illiterate media could not ‘see.’ Delving deeply into media content would allow a person to articulate what position media owners take; in so doing, the analyst would dive in subtleties than scratching the surface of a text.

The language of persuasion in the realm of media is about rhetorical devices that aims at addressing a person’s emotion rather than enlightening their minds. The art of persuasion plays on texts decorated with sensation to grab people’s attention; the more media orient people, the more they are likely to be manipulated. Political discourses, herein, are full of persuasive speeches that bring people to live in the world of imagination created by public speakers. The speeches of Barack Obama and Mitt Romney during the presidential election for this year are cases in point. Likewise, media enterprise persuades people to consume. There are various techniques used for persuasion. These techniques might be arranged in three main categories: basic techniques such as association, bandwagon, beautiful people and celebrities. Intermediate techniques are like the Big Lie, flattery, name calling and symbols. The advanced techniques are about analogy, denial, majority belief and scapegoating. The more you go from basic techniques to advanced ones, the more intricate deciphering media texts is likely to be.

Basing on Barthes’s (1982) statement “We need to deconstruct the world to remake it,” deconstructing media messages are said to be the first step to understand what positions that media owners stand on. Before interpreting a text an analyst should know the source of the message, know the targeted audiences, decipher the text, go into implications and subtexts, and pinpoint persuasion techniques. A media analyst should bear in mind that the story is never completely covered. This explains the differences in media coverage and how the same event can be reported differently.

Creation of counter ads is the final step before being an activist. Once a person is aware of how the media creates and disseminates information, they can participate in raising people’s consciousness about media trickery. Activism opens ways for audience to look beyond the frame, and not only be deceived with what is broadcast or diffused.

Abdelaziz Elhammouchi obtained his BA in linguistic from Moulay Ismail University, Meknes. He is a master student of “Communication in Contexts,” at the same University. 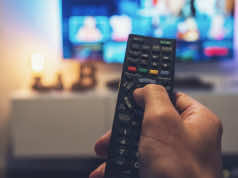 In Praise of Skepticism: Accuracy in a Society Dominated by Misinformation 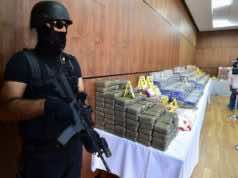 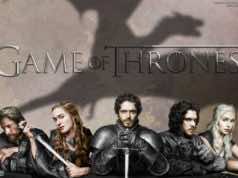 These are the Top Seven TV Shows