Sidi Ifni- Spinsterhood in Morocco is looked upon as a nightmare for all women. At any point in her life, no sane woman has ever thought of living her whole life as a spinster. 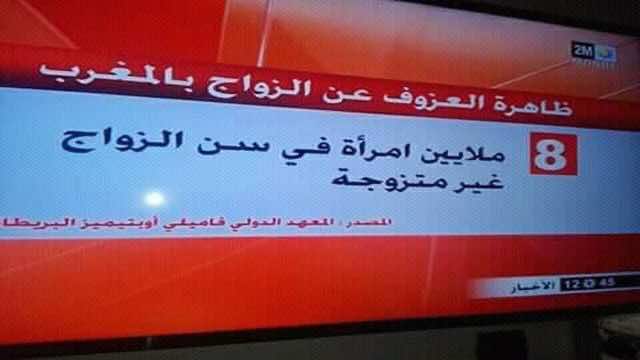 Sidi Ifni- Spinsterhood in Morocco is looked upon as a nightmare for all women. At any point in her life, no sane woman has ever thought of living her whole life as a spinster.

Society in its turn mercilessly deems it a shame, while women falling prey to it continue to suffer from a life-long bout of desperation. In silence, desperate, unmarried women groan out of their failure to find a man of their dreams, if not any man.

In the face of this destiny, they do not know whether they are to blame for something they haven’t brought about or it is a destined curse they will only have to bear for the rest of their lives.

At other times, our culture treats spinsters differently from bachelors even though both are trapped in the same shameful curse of singlehood. Whereas the society looks down on spinsters and deems them a burden to their families, it stands in ovation in the presence of bachelors, deeming the latter as the best of today’s men.

In any society where spinsterhood is getting more rampant, we always find that spinsters are inferiorized and treated contemptuously, not because they are single as such, but because their singlehood is represented as a sign of rejection, refusal, lack of appreciation, ugliness, boredom, misery, etc. Regrettably, spinsters can’t help feeling that they are not part of their community.

Sometimes, they put the blame on suitors who rarely knock their doors, on some societies who treat women as good-for-nothing, or on the phobia of marrying evinced by some of today’s youth.

Some societies are more aware of this phenomenon than others. Families from Zagora, for instance, take serious measures to find a spouse for their girls and women. Marriage, for these families, is a priority before education. I still vividly remember that many excellent female students dropped out of school at age 15 just because a suitor knocked their doors.

When you ask the parents about this early marriage, they respond saying that ” their daughters getting married is better than facing singlehood in the future and therefore being exposed to temptations”.

Spinsterhood has turned into a complex for this community and they seize every opportunity at hand to marry their daughters. ‘ Life has grown tempting and early marriage is the solution, ‘ people from Zagora say.

In the same vein, physical beauty is a decisive factor to spinsterhood. We usually find among spinsters only the unattractive women. In Moroccan families with girls, whenever a suitor knocks the door to ask for a girl’s hand, he usually keeps an eye on the prettiest of the pretty.

Suitors can be offered several girls to choose from, but they usually tend to choose the most beautiful. It is a bitter reality girls face when men mercilessly consider beauty as one of the criteria by which they can marry some women and leave the rest to suffer spinsterhood.

Viewing the phenomenon from a different perspective, we can notice that blaming spinsters while acclaiming bachelors is a sign of social hypocrisy. Whereas men are free to become bachelors, women do not enjoy the same freedom.

It is unjust to observe women in daily struggle with the fear of spinsterhood and men in control of the fear of bachelorhood. When women stay unmarried for so long, they are instantly rejected by the society and even considered as good for nothing. On the other hand, when men face the same destiny of singlehood, one one even pays attention to them.

On the contrary, the society sometimes applauds bachelors and congratulate them on being independent. Hence, spinsters are the only category of society blamed for spinsterhood over which they have no slightest control.

Still worse is that in some homes, mothers blame their daughters for remaining spinsters as though they became so of their own accord. Mothers insist that their daughters get married the soonest possible for the trivial reason that spinsterhood has turned out to be an unbearable curse.

In the case of sons, it is different. Mothers rarely insist that their sons find a suitable spouse as soon as possible, for no one in society is going to blame them when the sons grow old. What is a real pity is that society sometimes can not help considering spinsterhood as a sin committed by spinsters.

Unlike spinsters, bachelors can marry at any time they like. Spinsters, however, sees age as a complex because the first thing men ask about on the proposal day is age.

It is a real pity that the lives of spinsters is harder than the lives of bachelors simply because the former are not usually free to decide whether to become spinsters or not, while the latter are free.

Spinsters feel compelled to seek a spouse day in and day out, for they are acutely aware that they grow miserably downcast as spinsterhood sets in. Bachelors, however, stand higher chances of turning a new page in their lives instantly. It all revolves around a biological factor in this case. 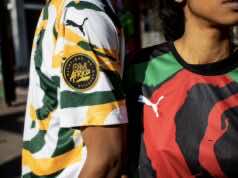