More than 7,000 women have attended performances of “Sowaleef Harem” (Women’s Talk) since the play opened to audiences four days ago in the Saudi capital, Riyadh.

No men have attended the play, a comedy about four women who accidentally discover that they are married to the same man.

Actually, men are not allowed to attend the shows. Unlike television, where Saudi actors and actresses work together, theater remains a gender-segregated field in the conservative Kingdom.

So, the show being performed at the King Fahad Cultural Center is an all-women affair. Only women act in the play, and only women are allowed to attend.

This gender segregation is the norm in most aspects of everyday life in Saudi Arabia, which practices a strict interpretation of Islam, and local theatre is a tradition. But the droves flocking to “Sowaleef Harem” mark an upswing in popularity of women’s theatre in the country.

With limited entertainment options and strict laws in their country, many Saudis take advantage of the Eid holiday to travel to neighboring countries like Bahrain and Lebanon, where they take vacations in a more liberal atmosphere.

But as political tensions run high this year in Manama and Beirut, many Saudi families changed or canceled their travel plans. The local government in Riyadh has attempted to attract residents with their own programming that includes activities for children, fireworks shows, and plays for men and women.

According to local media reports, four all-women plays were available to female audiences in Riyadh during Eid al-Fitr festivities which follow the holy fasting month of Ramadan. A fifth play took place in the coastal city of Jeddah.

Many of the performances touched on the gender barriers being delicately addressed in the country. With the high unemployment rate among women, the Saudi government has tried in recent years to integrate more women into the job market by loosening the segregation laws in the workplace.

One of this year’s plays, “Al-Rekada Zeina” (It’s Good To Slow Down), tackled the issues faced by female teachers, who struggle to find jobs and then struggle to get to work because women are not allowed to drive in Saudi Arabia.

Manal al-Eisa, the lead actress of the play, said acting in all-female theater gives her freedom to “deliver the message with no reservations.”

Al-Eisa pointed out that she has received support from Prince Adelah bint Abdullah, the King’s daughter who is known to be actively involved in women’s empowerment efforts in the country.

“We can tackle our women’s issues with more comfort and privacy,” she said. 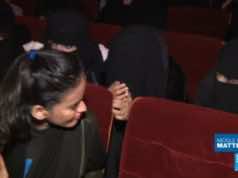 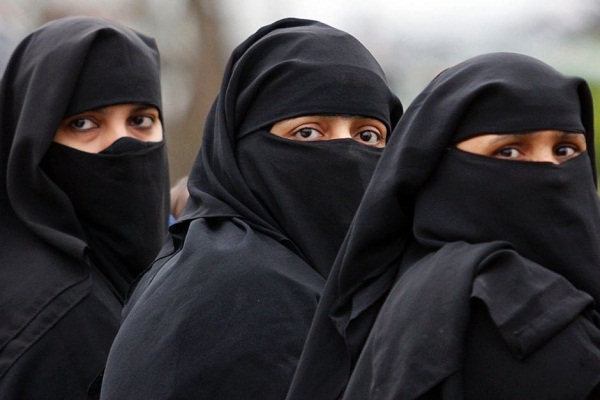