France, Britain, Spain and Italy are forming a specialised combat force to rapidly intervene in Sahel countries to hunt down leaders of al-Qaeda and other terrorist groups, according to a new report.

In addition to tracking terror leaders, the new force could be used to intervene and rescue hostages being held by al-Qaeda affiliates, according to the paper.

“They took part in combat exercises between February and June 2011 in different areas in Haruj and Hamada Rabaniya in central and south-eastern Libya. The theme of such exercises was a simulation of intervention and airdrop operations in the Sahel,” the paper said.

El Khabar cited Bedouin eyewitnesses as saying that “drones, combat helicopters and light vehicles that were transferred to a runway located near the Libyan town of Zuwaila took part in such exercises.”

Experts said that these European military movements might have been made in co-ordination with regional countries as part of joint military action in light of the deteriorating situation.

“Although some regional countries had previously opposed any military partnership with Western countries to counter terrorism in Sahel, the new data is now imposing co-operation, co-ordination, and partnership instead of reservations,” salafist group expert Abdul Hamid al-Ansari told Magharebia.

According to El Khabar, Algerian security services were working with technical experts to track down 100 leaders of al-Qaeda in the Islamic Maghreb (AQIM) and the Movement for Unity and Jihad in West Africa (MUJAO).

“Although the Algerian newspaper hasn’t identified the technicians and experts that the Algerian military cells are co-operating with, we can guess that they are Western experts from European countries which share the same concern with Sahel countries about the threat of terrorism,” according to Malian journalist Brahim Cissé.

“These are steps that definitely don’t contradict with the old Algerian approach which is based on intelligence co-ordination,” he added. “It would be illogical that the terrorist enemy remain the same while the policies of affected countries are different in methods of confrontation.”

Meanwhile, salafist group expert Mohamed Mahmoud Ould Abou Elmaali put forward several questions on the mechanism for these European forces’ intervention and their efficacy in hunting down al-Qaeda elements. “So far, we don’t know the plans, means and mechanisms through which the joint European plan would be implemented,” he said. However, he didn’t rule out the possibility that this would be an indication of extensive co-operation between regional countries in taking more effective steps.

The regulation requires aircraft wishing to fly in Algerian airspace to apply for a flight permit, accompanied by a form in which flight organisers should show whether they are carrying VIPs.

They are also required to send a 48-hour prior notice and indicate whether they are carrying persons or materials described as “non-sensitive” in the ministerial decision, or carrying humanitarian aids outside Algeria, or whether the flight is for technical maintenance or for the evacuation of people for treatment. 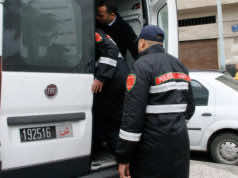 CCTV Camera Shows Kidnap Attempt of a Child in Kenitra 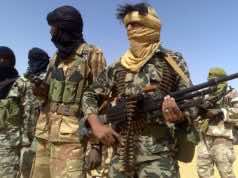 The Polisario finally gives in, admits links with Al-Qaïda