Seemingly, the measures undertaken by Morocco’s central bank, Bank Al Maghrib, to alleviate the severe lack of liquid assets have failed to supply the banking sector with enough liquidity.

Sources close to Bank Al Maghrib confirmed that the bank liquidity deficit increased from 61 billion in June Dirham to 71 in July.

In an attempt to ease the liquidity strains felt by commercial banks and to prevent a systemic crisis, Morocco’s central bank had repeatedly pumped massive liquidity in the banking system.

With a lack of stable funds from depositors and other institutions, the commercial banks capacity to finance loans and other transactions has been severely impaired. If the liquidity crisis endures, commercial banks are more likely to face problems in responding to demands for money transfers and withdrawals.

Observers noticed a considerable delay in the examination of loans request submitted to most of the Moroccan commercial banks. Many customers complain about the time required to examine loan demands in many national banks.

During the last 16 months the liquidity deficit has increased by 49 billion dirham. A predictable impact of the liquidity crisis is the sharp rise in loan interests which has reached 8, 5% per year.

In this highly strained context, Bank al Maghrib is expected to intervene periodically to alleviate the impact of liquidity crisis. Attijari Wafabank, one of the major commercial banks in Morocco, has previously warned the central bank about a potential nationwide bankruptcy in the banking sector.

The availability of liquid assets is highly influenced by behavioral factors such as cash circulation assets deposits and withdrawals.

The crisis was initially engendered by a massive withdrawal of assets from the business circle. The panic prevailed among clients when the General Directorate for Taxes launched a large scale seizure operation on their bank accounts without a prior notice.

In a highly constrained economic environment marked by instability, the lack of liquidity is likely to disrupt the financial market. It may also put banks at a risk of a long lasting insolvency. 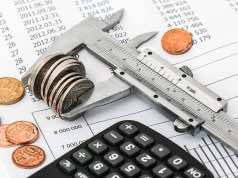