US economic officials will head to Cairo next week to discuss ways of helping Egypt navigate the transition following last year’s ouster of Hosni Mubarak, the State Department said Saturday.

The trip is planned as a “follow-up” to Secretary of State Hillary Clinton’s visit in July, “during which President (Mohamed) Morsi and senior Egyptian officials identified broad-based economic growth and job creation as top priorities for the US partnership with Egypt,” it said in a statement.

The August 27-30 visit will be led by Robert Hormats, the undersecretary for economic growth, energy and the environment, and will include senior officials from the White House, the Treasury Department, USAID and others.

Following her meeting with newly-elected Morsi, Clinton had reaffirmed Washington’s “strong support” for Egypt’s democratic transition following the February 2011 overthrow of Mubarak, a longtime US ally.

She also urged Egypt’s top military leaders to support the transition to civilian rule amid a complex power struggle between the Islamist president and the Supreme Council of the Armed Forces (SCAF), which assumed power after
Mubarak was toppled. 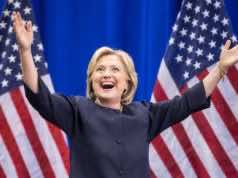