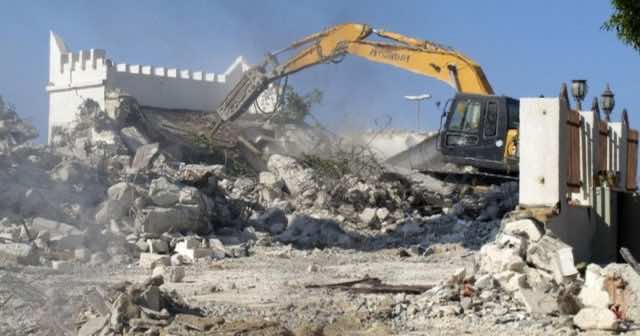 UN cultural body UNESCO on Tuesday called on Libya to immediately cease the destruction of Sufi holy sites after Islamist hardliners wrecked shrines across the country.

“I am deeply concerned about these brutal attacks on places of cultural and religious significance. Such acts must be halted, if Libyan society is to complete its transition to democracy,” she said in a statement.

“For this, we need dialogue and mutual respect. Libya’s future prospects depend on its inhabitants’ ability to build a participatory democracy that respects the rights and the heritage of all its citizens.”

Several Muslim shrines have been attacked in recent days, including those of the mystic Sufi strand of Islam.

Islamist hardliners on Saturday bulldozed part of the mausoleum of Al-Shaab Al-Dahman, close to the centre of the Libyan capital.

The demolition came a day after hardliners blew up the mausoleum of Sheikh Abdessalem al-Asmar in Zliten, 160 kilometres (100 miles) east of the capital.

According to witnesses, another mausoleum — that of Sheikh Ahmed al-Zarruq — was destroyed in the port of Misrata, 200 kilometres east of Tripoli.

Hardline Sunni Islamists are opposed to the veneration of tombs of revered Muslim figures, saying that such devotion should be reserved for God alone.

The Sufis, who have played a historical role in the affairs of Libya, have increasingly found themselves in conflict with Qatari- and Saudi-trained Salafist preachers who consider them heretical.